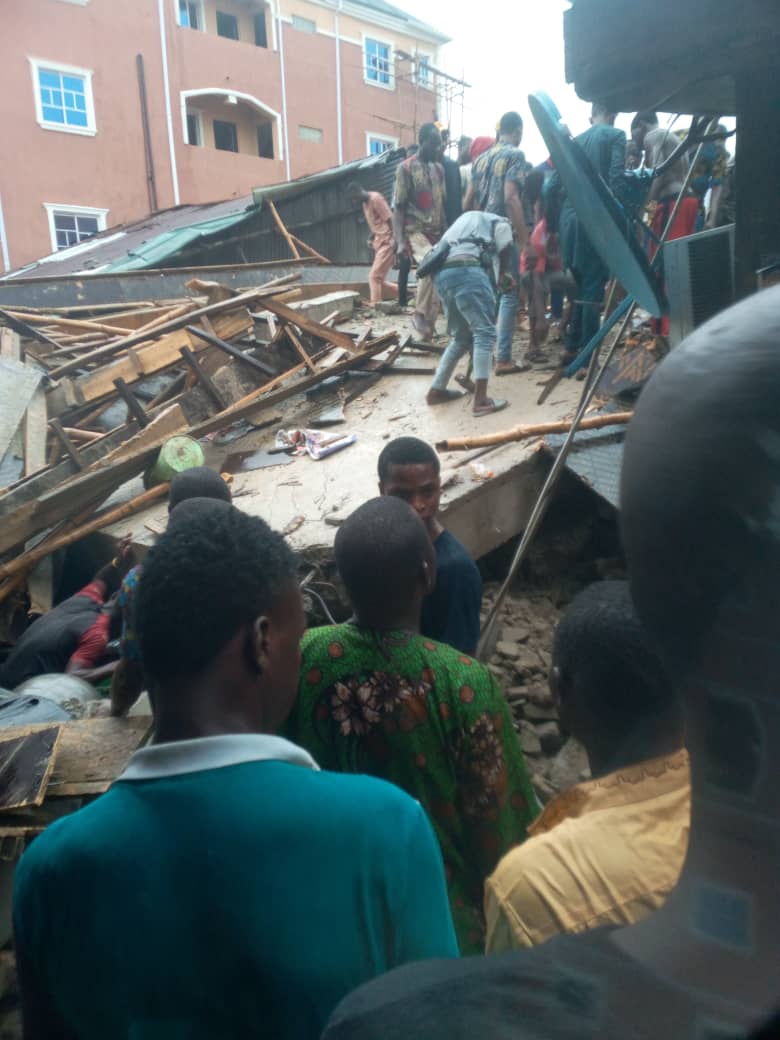 One person has been confirmed killed, three rescued at the scene of the building collapse at 4 Alayaki Lane, Lagos Island on Saturday, May 21, 2022.

Information from the Lagos State Emergency Management Authority, LASEMA, disclosed that the building was already in violation of safety protocols.

A statement signed by Dr. Olufemi Osanyintolu says it was discovered that the building had been captured by the Lagos State Building Control Agency, LASBCA District Office and served with all Statutory Notices, sealed at District and Central Enforcement Level.

He said further investigation determined that the developer had continued clandestine operations mostly at night and at weekends.

An unconfirmed number of people are still trapped inside the building. Search and rescue operations ongoing.