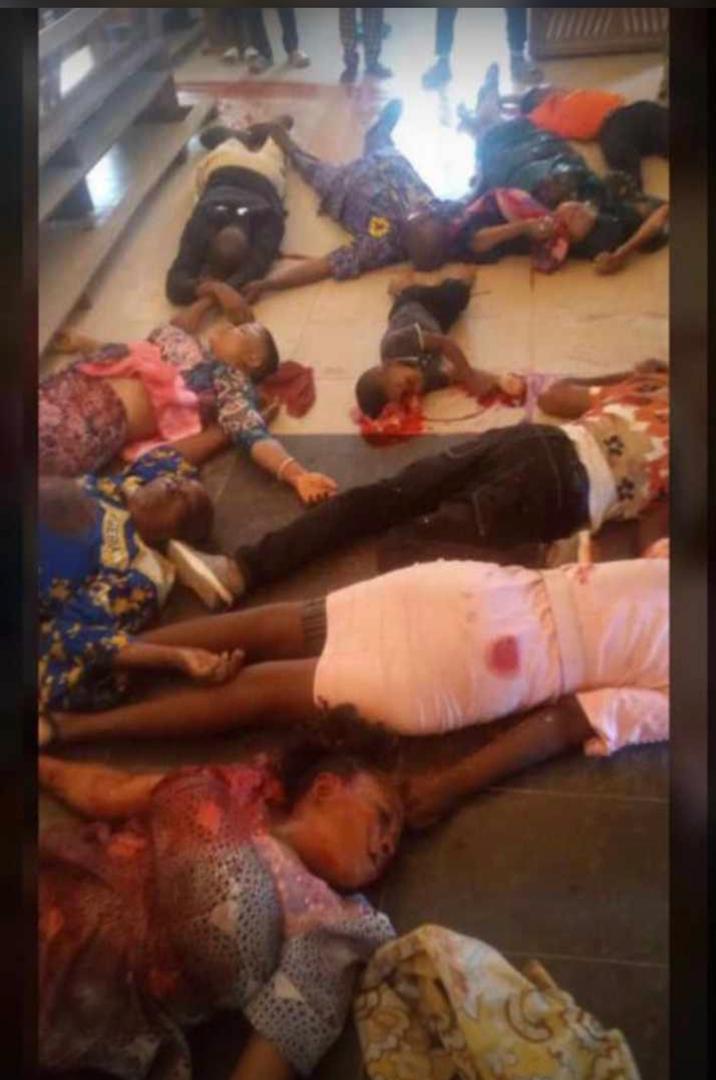 A senior Advocate of Nigeria, Ebun Adegboruwa has decried the early morning massacre of worshipers in Owo, Ondo State.

He says under no circumstances is killing of fellow human can be justified.

According to him, it is ungodly to take life, while also calling on the security agents to identify and punish the perpetrators.

The residents woke up on Sunday to the news of attack on a Catholic Church in Owo, the attacks led to the death of unspecified number of people.

As at press time, it is not yet clear who the perpetrators are and their motive.

Below is the full statement from Ebun Adegboruwa

The Tragedy in Owo is Ungodly
Today, the people of Ondo State and Nigeria woke up to the sad news of the massacre of worshippers in Owo, Ondo State, right inside the church.

It is ungodly to take any life, whatever the motive may be. Whether in the mosque or church, innocent worshippers should not be killed in the course of the practice of their faith.

Although no one has claimed responsibility for this dastardly act, the security agencies bear a duty to unravel the perpetrators and bring them to justice.

My appeal is to all those who have grievances to adopt the rule of law to ventilate them. The bloodshed in the land is too much and no reason can be advanced for this desperate act of wickedness.

Owo being the hometown of Governor Oluwarotimi Akeredolu, I pray that this datardly act has nothing to do with his principled stand on national issues such as restructuring, resource control, power rotation, restriction on open grazing and state police.

The Governor has been at the forefront of the implementation of the regional security outfit, Amotekun, which has been hugely successful in crime reduction. I urge him not to relent in any of these noble pursuits, if that is the genuine desire of the people that he represents.

My heartfelt condolences go to the families of the innocent souls that were brutally terminated, the Catholic Church and the people and government of Ondo State.
I hope in no time, the perpetrators will all be fished out and dealt with according to law.
May Nigeria survive.