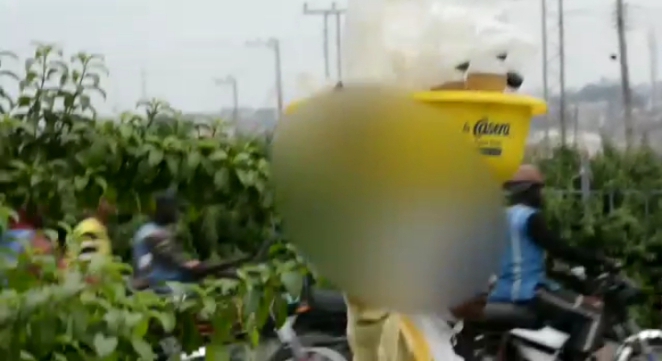 Activities are in top gear around the world, Nigeria inclusive, marking the 2022 World Day Against Child Labour on every June 12.

In furtherance to its commitment to the fight against child labour in the country, the Network Against Child Trafficking, Abuse and Labour, NACTAL, joined the rest of the world to call for Universal Social Protection to End Child Labour.

A statement signed by Abdulganiyu Abubakar, the National President of NACTAL, reiterated commitment to intensify advocacy and campaign to end child labour by 2025 in line with the global agenda of sustainable development goals using multiple platforms including edutainment industry, the press and media, social media platforms among others to demand accountability from government at all levels as established in several international, regional and national treaties and laws to which Nigeria is a signatory such as the United Nations Convention on the rights of the child, the African Charter on the Rights and Welfare of the Child, the Labour Act and the Child Rights Act among others.

According to the release, NACTAL as the largest network of civil society organisations in the fight against child labour in Nigeria seized the occasion of 2022 World Day Against Child Labour to reiterate its commitment to continue to work with and for Nigerian Children to lead a quality life and to live free from slavery and abuse of any forms.

Acknowledging the plight of children, NACTAL notes, “As a network, we are aware of the agony, trauma and the enduring repressing child protection system that have left over 17.5 million Nigerian Children in the most difficult circumstances including many orphaned by HIV/AIDS, Hunger, Malaria, Malnutrition and other preventable diseases.

“Furthermore, it is quite disheartening that despite the passage of the Child Rights Act since 2003 by the Government of Nigeria, over 10.5 million Nigerian Children still lack access to free, quality and compulsory basic education while thousands are bought and sold into slavery including child labour, child trafficking, domestic servitude and prostitution. Many have also lost their lives while some others have suffered permanent impairment with negative impact on their growth and development.

“We are sad that the Nigerian Child would have to endure this much pain and hardship in a country blessed with abundant natural resources.

“Nigeria is estimated to contribute significantly to the number of children in child labour with over 40 million trapped in this horrible social vice.

“Our members across the Country will continue to interface with local communities including traditional rulers, religious leaders, women groups, opinion leaders and community based organisations to address harmful traditional and cultural practices that promote practices that expose million of child to exploitation and abuse.

“We shall consistently demand a protective environment where children are nurtured for greatness and protected from violence.

“While the government has a pocket of social investment programs that address poverty and unemployment among poor Nigerians, NACTAL demands child specific social protection intervention for millions of vulnerable children in Nigeria.

“There is no better time than now for the Nigerian Government to consolidate its various policies that are intend to improve the quality of life of the Nigerian Children than now by hearken to the global call for action to entrench holistic social protection systems in line with the theme of 2022 World Day Against Child Labour: Universal Social Protection to End Child Labour.

“The network remained committed to its mission of protecting all children from all forms of exploitation as we join the global community to commemorate this year’s World Day Against Child Labour.”