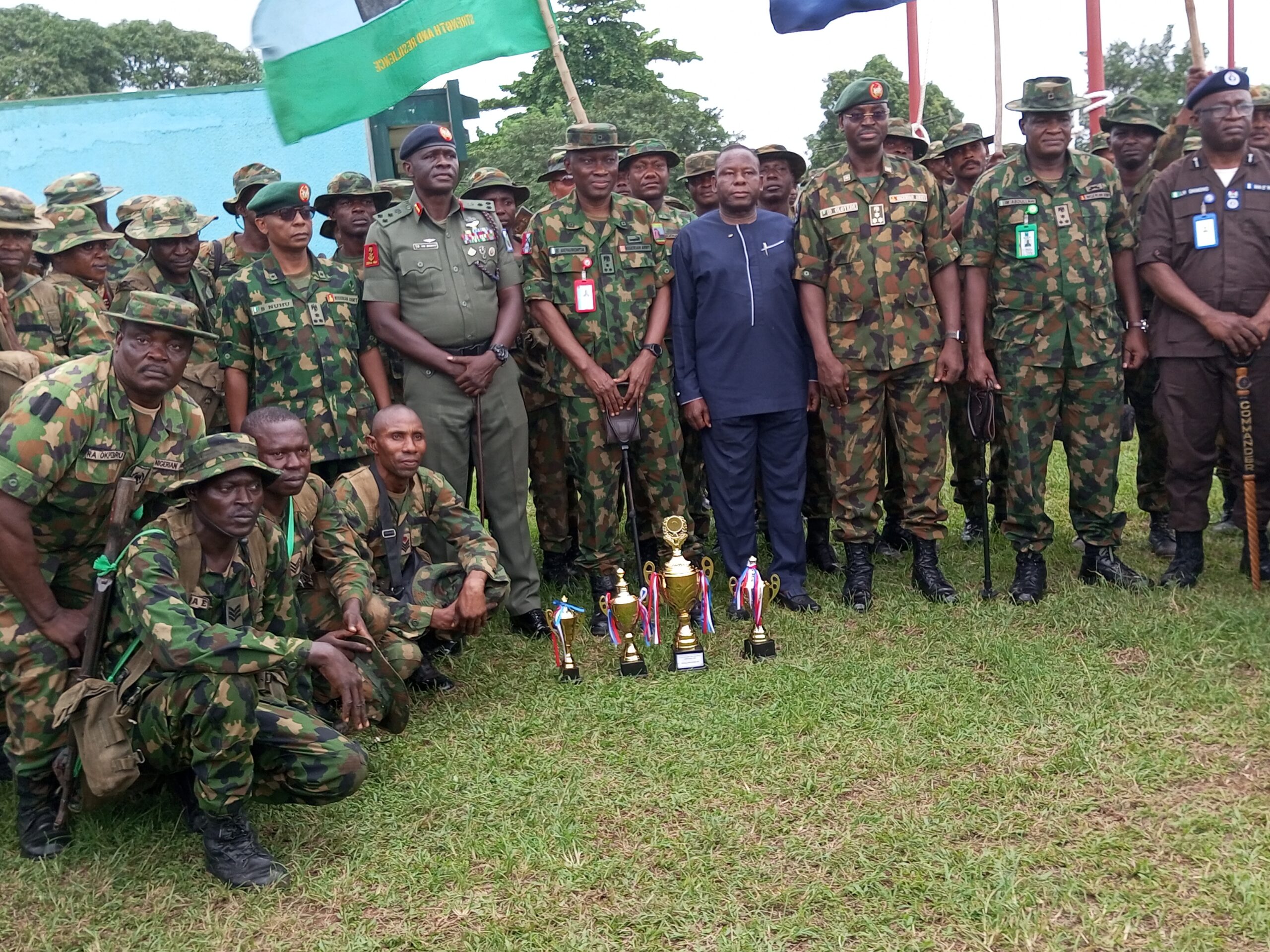 Other events competed for by the formations include: map reading, swimming and obstacle crossing.

Both Seargents Gloria Uzoefune, a (female soldier) and Kingsley Agbaje outstanding performances for the Getaway Man and Best Spiral Man were notably commended.

Throughout the event, the gallantry officers displayed leadership traits, organisational abilities, use of initiative in scaling hurdles, similar to what could be encountered in battlefields.

General Officer Commanding 81 Division of the NA, Umar Thama Musa, who was represented by Brigadier General ID Oloyede commended the participants for their spirit of sportsmanship.

Speaking at the closing ceremony on Thursday, on his behalf, Oloyede said, “Going by the judges and comment of observers, it is evident that the formations made commending effort and prepared their various team for the competition.”

Adding that, “The essence of the competition is to enhance the soldiers’ fighting efficiency and performance in the field.

“This is in a bid to preparing you for the current security challenges that is facing our dear Nation.”

“I’m impressed with the military bearing, stamina and endurance exhibited by you during the competition.

“Training, you all know is the bedrock of any fighting force, it is believed that the skills you have gathered today will assist to improve your leadership traits, promote espiri de corps and build your morale.

“As you all know, it is better to sweat now in peace time and breath less during war.”

“This year competition has proved the benefit of good training.”

He said, “The Division will continue to implement our training schedule in line with Army Headquarters training directives.

‘This competition is one of the series of competition line up for the year 2022, in no distant time, we shall gather here for another competition; the inter debate combat proficiency competition where officers of divisions will be required to display physical fitness and ability to whether through rigours of combat,” Brig. Gen Oloyede said.