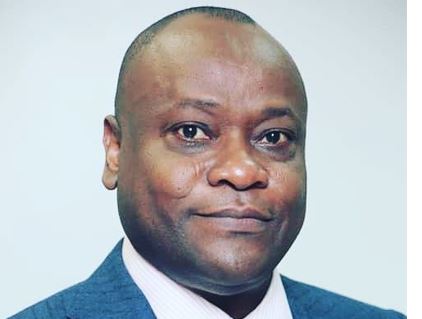 The defilement charge filed against Kingsley Okwumbu, has been dropped.

The former school driver of Beehive Nursery and Primary School, Agidingbi in Ikeja, Lagos was accused of defiling a three-year-old pupil of the school.

Now, the Lagos State Directorate of Public Prosecutions, DPP, dropped the charge due to insufficient facts to establish a prima facie case against the suspect.

This status was made known in a legal advice with reference number LIP/MISC/2022/76/12, dated June 7, made available on Wednesday.

The 37-year-old man can now heave a sigh of relief, due to the legal advice signed by the Director of the DPP, Dr Babajide Martins.

The advice was in response to a letter from the Divisional Police Headquarters, Isokoko Division, Agege, Lagos with reference number CR:3100/LS/ISK/VOL.TI/22, dated June 4.

The content of the advice, states “This office is of the view that there are insufficient facts to establish a prima facie offence of defilement of a child contrary to Section 37 of the Criminal Laws State, 2015 against Kingsley Okwumbu.”

This is an indication that the legal advice stated that the timelines of the alleged crime provided by the complainant did not match with available documented facts.

“Facts reveal that PageB1Okwumbu was no longer the driver of the school bus as at March 23, when alleged incident occurred as PageB1 had been relieved of the duty of driving the school bus on March 14, for non-maintenance of the bus.

“The statement of PageB3 – Osem Aba Matthew (a new driver) who took over from PageB1 also revealed that each day pupils are picked from their respective houses.

“There is an entry book and same is completed by bus attendant when pupils are returned. There was never a time when the bus driver was alone with any of the pupils in the bus.

“The above casts a material doubt as to who in fact sexually defiled or molested Page A5 (the child).

“The law is settled that where there is material doubt as to whether the defendant commits the alleged offence, such doubt shall be resolved in favour of the defendant,” this is according to the legal advice.

DPP’s information in the duplicate case file revealed that while the mother of the toddler was bathing her child, she noticed that she cries anytime she wanted to wash her private part.

Upon inquiry, her daughter revealed that it was Okwumbu that touched her “wiwi bom bom.”

DPP further said though medical report indicated blunt forceful penetration of the child’s genitalia, as facts in the duplicate case file, the allegations against Okwumbu were stoutly denied.

The DPP however noted that the law was that allegation of sexual offence by a child who had not attained the age of 14 and could not give sworn evidence must be corroborated.

“In Nigeria, a person cannot be convicted of rape of a girl under 14-years of age upon the uncorroborated testimony of one witness,” the DPP said.

”In view of the foregoing, this office shall not prosecute Page B1- Kingsley Okwumbu, for the offence of defilement.

“There are insufficient facts linking the Page B2- Grace Augustine (a bus attendant) and Page B3- Osem Aba Matthew (the new driver) to the alleged offence.

“Page B1, B2 and B3 have no case to answer and are to be released and discharged forthwith if still in custody,” the DPP said.

Magistrate Ejiro Kubeinje of an Ikeja Magistrates’ Court had on April 19, remanded Okwumbu in Kirikiri Correctional Centre for allegedly defiling the pupil.

The Magistrate had also directed the police to send the case file to the Lagos DPP for legal advice.

Following the release of the legal advice by the Lagos DPP, the school management in an update letter to parents dated June 24, expressed hope that the real perpetrator will be caught.

“It was our insistence that the matter was taken to the Lagos State Domestic Violence and Sexual Assault Office which shows we were ready to be open and transparent.
“We still live with the hope that the true perpetrator, wherever the person may be, will be found and punished for this act and we prayed that the child will recover psychologically and physically from the ordeal.

“Although the whole experience has been a very tiring one for everyone, we are glad for the opportunity it brought to do a thorough review and make improvements where necessary,” the school management said.