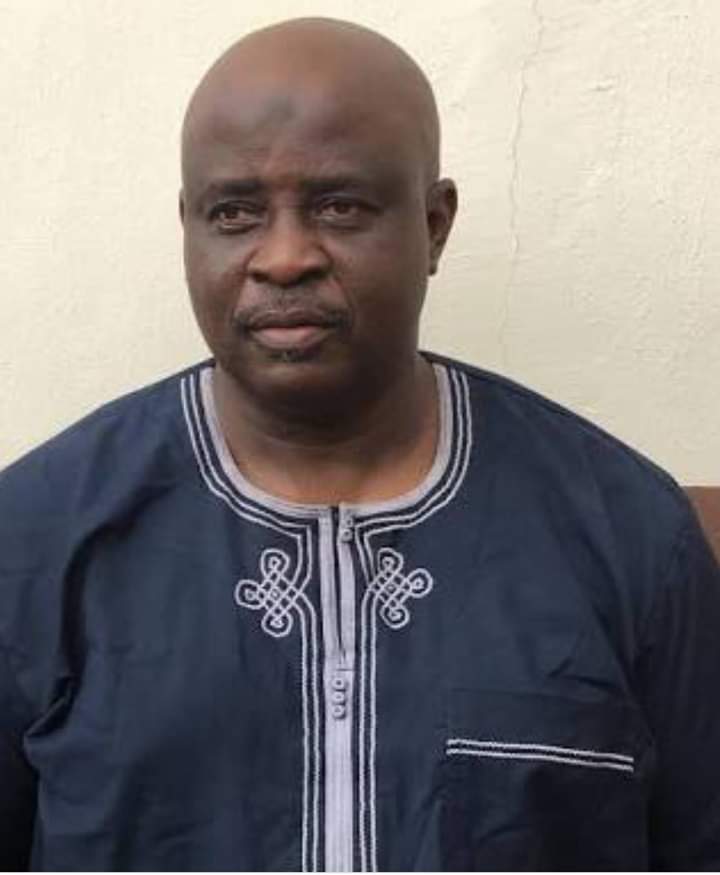 The Lagos State Governorship candidate of the Social Democratic Party, SDP, Jagunmolu Kunle Uthman is not happy with the recurring building collapse in Lagos State and has made his feelings known to the State Governor, Babajide Sanwo-Olu.

He stated this in a letter addressed to the Governor which he made available to CASEFILE.

According to him it is sad that despite several incidences, the state keep recording building collapse.

He is particularly worried that the State has been left in auto-pilot for a while now due to the Presidential ambition of the Governor’s benefactor.

Jagunmolu Uthman is not impressed by the competency of officers in charge of the Sector in Lagos and want the governor to act fast.

Below is his letter to the Governor.

COLLAPSING BUILDINGS IN LAGOS STATE HAS BECOME A NATIONAL EMBARRASSMENT AND DISGRACE.

Good morning, your Excellency. Please  reference the above subject matter and copious publication of Vanguard Newspaper of July, 2022, captioned, “Three-Storey Building Under Construction Collapses in Lagos.”

The content of that publication reveals that this incident was as recent as yesterday.
You are aware, that since November, 2021, when the high-rise 21-Storey Building on Gerrard Road, Ikoyi collapsed, we have persistently and consistently on a week-by-week basis received depressing news of collapsing buildings in Lagos State. This is very sad and embarrassing because of losses of human lives, losses of legitimately acquired properties and implications on investments and safely of lives of investors.

Based on these empirical and verifiable facts and saddening incidences, it has become apparent and crystal clear that the present government in Lagos State has no decipherable solution or clues to solving this national embarrassment that dovetail into a global one, knowing as a fact that Lagos State is the commercial nerve centre of the Federal Republic of Nigeria.
It has become imperative to advise you and your officials to please study a document in the State titled:
POLICY REFORM ON PLANNING REGULATIONS AND BUILDING CONTROL,  of September, 2008.
On Page 3 of 89 of the above referenced document, the following names of the main Committee Members was stated as:
Brig. Gen. Reis (Chairman); HC Babajide Sanwo-Olu (1st Vice-Chairman); Arc. David Majekodunmi (2nd Vice-chairman);Mr. Taiwo Odutola (Member).

The Terms Of Reference (10) was explicit on the assignment of this Committee:
b. Halt the increasing frequency of building collapse in Lagos State; c. Establish a building control system to minimize the incidence of various building defects arising from bad design, inferior materials and construction leading to fire and health hazards.”

This Committee was inaugurated by His Excellency, Babatunde Raji Fashola SAN [incumbent Hon. Minister of Works and Housing (then Executive Governor, Lagos State)] and Report submitted to the Hon. Attorney General, Lagos State.

The mindboggling issue of the incidences of collapsing buildings in Lagos State, particularly during your administration is simply the fact that you were an integral part of the referenced Committee (VICE CHAIRMAN) and participated actively in its deliberations. Therefore, you as Executive Governor of Lagos State ought to know the preventive and cautionary processes necessary to avoid these sad episodes of between 3 to 21 Storey Buildings collapsing.

As it is, for your government it is business as usual. So far, none of the officials in the town planning agencies have been indicted for failure to perform their duties.

The Lagos State Government appears to operate a highly dysfunctional bureaucracy, especially with respect to collapsing buildings in the State, the calibre or competency of its officers.

It is important to realise the implications of these sad episodes that has since defined the poor performances of the present Lagos State Government, which received an appallingly poor rating of 5% popularity among the citizens as recently published.

Therefore, will there be any equity or moral justification for you as incumbent Governor, Lagos State to seek reelection into that highly reverred and exalted office? The obvious answer glaring and clear is “No!!!”.

This is based on the truism that only a popular candidate, based on performance records and efficiency will seek reelection in a democracy of cerebral personalities.
It is also true that in the recent past, you as Executive Governor has spent more time chaperoning the Presidential aspiration of your political “Godfather” leaving the State on auto drive.

It has become compellingly imperative that you spend more time administering the State and making it work as opposed to performing alternative roles other than your mandate.

Citizens, residents, investors, foreigners, diasporeans and the government at all levels are carefully watching, as Lagos State has become a haven to measure POOR GOVERNMENT AND MISGOVERNANCE.
A Stitch In Time Saves Nine.
Kind Regards,