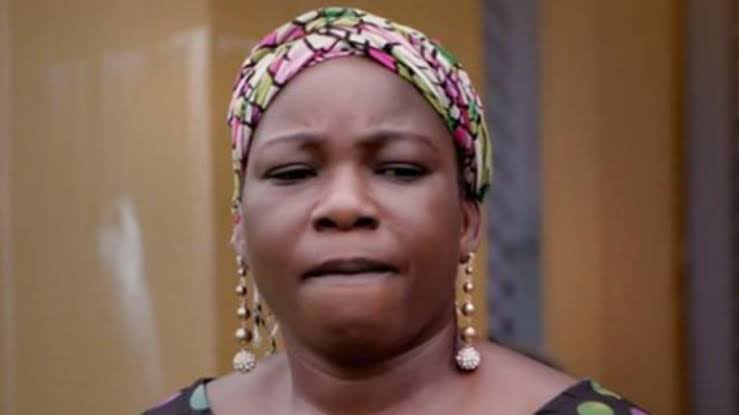 It was a black Sunday for movie practitioners in Nigeria as it lost two of its veterans to death.

Ada Ameh and Sola Onayiga were both reported dead.

Sola Onayiga played a popular role in Checkmate and Fuji House of Commotion.

She died almost two years after the death of her only child, Aladi Godgift Ameh who died at the age of 32.

Few weeks back, Ada posted a video complaining of mental health challenges and pressure from some of her clients who are after her because of her inability to meet contractual agreement.

Many did not take her serious, but were rather taunting her to either meet her obligation or return the money.

Ameh was said to have been a guest of an oil company toyshop and his family when she suddenly collapsed. It was gathered that she was rushed to the Nigerian National Petroleum Corporation’s hospital but passed on before they arrived the facility.

Ameh, who played the role of Anita in the movie, ‘Domitilla’ in 1996, is famous for her comic characters, especially in the series The Johnsons.

The popular actress shared a video of her eating with the family around 12:53p.m on Sunday on her official Instagram page.

In a similar development, the news of the death of veteran Nollywood Actress, Sola Onayiga was made public by the Founder of the Best of Nollywood Awards, Seun Oloketuyi.

“I have just been informed that the accomplished Stage and Screen Actress and Fellow of Theatre Arts Auntie Sola Awojobi Onayiga has passed on,” he announced on his WhatsApp group Platform.