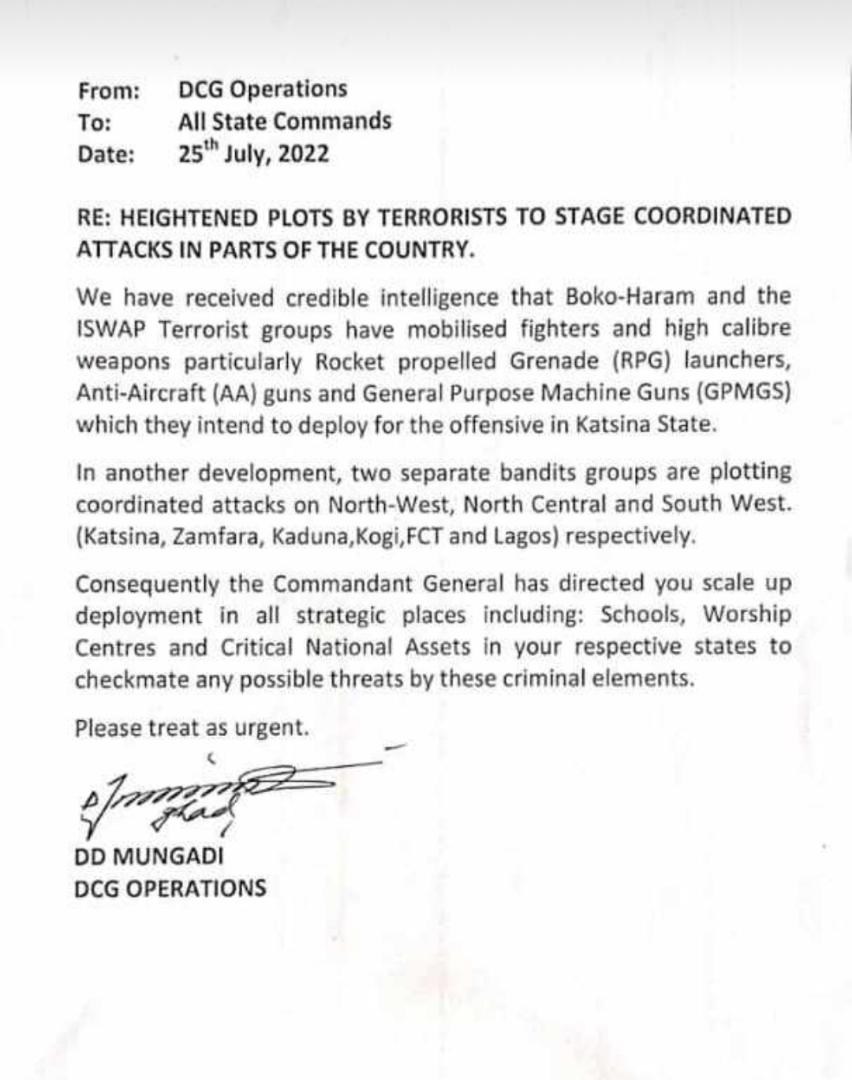 Terrorists are planning massive onslaught against Nigeria, CASEFILE has gathered and this is official.

This is according to a statement signed by one DD Mungadi on behalf of DCCG Operations of Commandant General Nigerian Security and Civil Defence Corps, NSCDC.

The statement is directed to all State Command of the DCG Operations. It added that the Agency has received a report of heightened plot by ISWAP to stage coordinated attacks on parts of the country mobilising fighters and high calibre weapons.

It therefore directed all the commandants to increased surveillance on all critical infrastructure and public places especially schools and worship centres.

Below is the directive