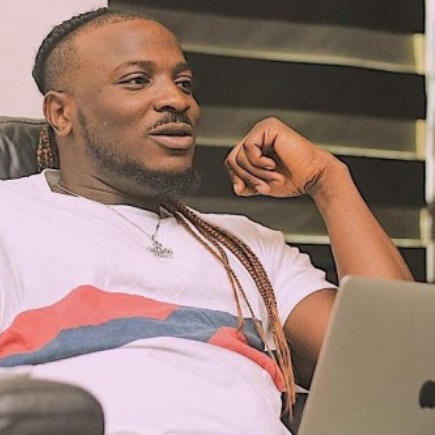 A Nigerian singer, Tobechukwu Victor Okoh alias Peruzzi has been given seven days ultimatum to refund the sum of three million naira (3,000,000,00) he allegedly obtained under the pretence that he will be performing at a client’s wedding in Uyo, Akwa-lbom State.

Peruzzi was called out by one Mr. Udomah Daniel Idoteyin, who claimed to have contacted him through a show promoter, Oluwatomi Sokenu to engage his services to perform at his wedding ceremony slated for July 23rd, 2022 at E3 Event and Banquet Hall, KM. 1, Uyo Bassey Way, Uyo, Akwa-lbom State.

The client, Idoteyin through his legal counsel, Ademola Adefolaju in a letter dated August 4, 2022 titled: “Breach of Contract And Obtaining By False Pretence The Sum Of N3,000,00,00 With Sundry Expenses From Mr Udomah Daniel Idoteyin” demands that he refunds the money he collected without performing at the said wedding.

According to the client, Peruzzi was contacted to perform at his wedding sometimes in May 2022, and a meeting was conveyed between him and the client’s with two members of his team Mr. Lawal Oluwafemi (Manager) and Mr. Agbeja Olaoye (Photographer) in attendance.

The letter further reads: “It was agreed at the meeting that the the sum of three million will be paid for him to perform at the wedding reception. It was further agreed that our client shall be responsible for your flight and hotel reservation expenses, including that of your manager and photographer.

Sequel to the agreement, the sum of three Million Naira) was paid to Peruzzi’s bank account in two (2) installments of One Million, Five Hundred Thousand Naira each on 25th and 27th May 2022, respectively into his Zenith bank account.

“In furtherance of the unanimous agreement and to facilitate the timeous arrival of the singer for the event, flight tickets was also booked for him and some members of his management team, Mr. Lawal Oluwafemi (Manager) and Mr. Agbeja Olaoye (Photographer) via Ibom Air. A two-way ticket reservation (Business Class) Peruzzi at the sum of NI80,000.00 (One Hundred and Eighty Thousand Naira), and also regular class tickets at the rate of N120,000.00 (One Hundred and Twenty Thousand Naira) was purchased for each of his manager and photographer.

While hotel reservation for two (2) rooms at the Monty Suits, Uyo, Akwa-lbom State, was made for him and his team members to guaranty his comfort throughout the stay in Uyo, Akwa-lbom State. The said hotel reservation for two (2) rooms was secured at the rate of N65,000.00 (Sixty-Five Thousand Naira) per night for two (2) days. In a bid to ensure the success of the wedding reception, which necessitated the singer’s engagement to perform at the event, an expenses in the total sum of (Three Million, Six Hundred and Seventy Thousand Naira) was incurred.

“In view of the foregoing, we hereby demand that the total sum of (Three Million, Six Hundred and Seventy Thousand Naira), being the total expenses incurred by our client to secure your performance at his wedding reception of 23rd July 2022, which includes the cost of the aforementioned flight tickets and hotel reservations, be refunded to our client within seven (7) days from the service of this notice on you.

“Also, take notice that if you fail to heed these words of wisdom in refunding the above-stated sum before the expiration of the period stipulated, this notice shall lapse and we shall be left with no other option than to seek legal redress for the breach of contract, and pursue criminal channels for the offence of obtaining money by false pretence, with the attendant negative publicity,” stated in the letter.