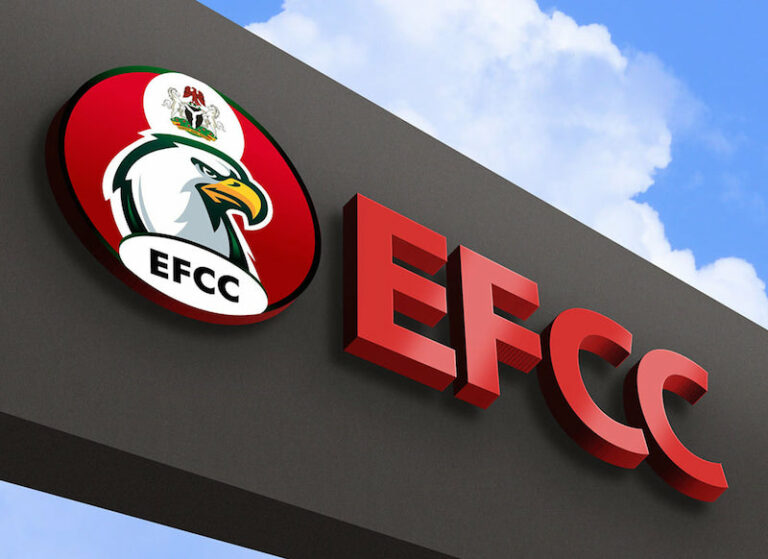 The defendants were arraigned on a six count charges bordering on felony, to wit stealing.

Part of the charge states “The defendant with intent to defraud, fraudulently obtained the sum of one hundred and ten million naira from one Racheal Akintola and dishonestly converted to personal use.”

But the defendant denied the charge.
Following the not guilty plea of the defendants, EFCC Counsel, I.G. Akanno, asked for a date for trial and order for the defendant to be remanded pending bail perfection.

Meanwhile the defence counsel Shina Balogun informed the court that they have a bail application and same as been served on prosecutor.

Counsel to the Economic and Financial Crimes Commission, EFCC, acknowledged service and subsequently court grant him approval to move the bail application.

In moving the bail application, Balogun informed the court that she is not a flight risk as her passport is with the EFCC and she is on the path of settlement.

EFCC Counsel, I.G Akahnolu who didn’t oppose the bail application urged the court to grant her condition that would ensure she didn’t jump bail.

Justice Fadipe ruled that the court is convinced that the defendant is not a flight risk, having not jump administrative bail at the Commission.

Further hearing has been adjourned till September 23, while the defendant was however remanded at the correctional centre pending the perfection of her bail conditions.