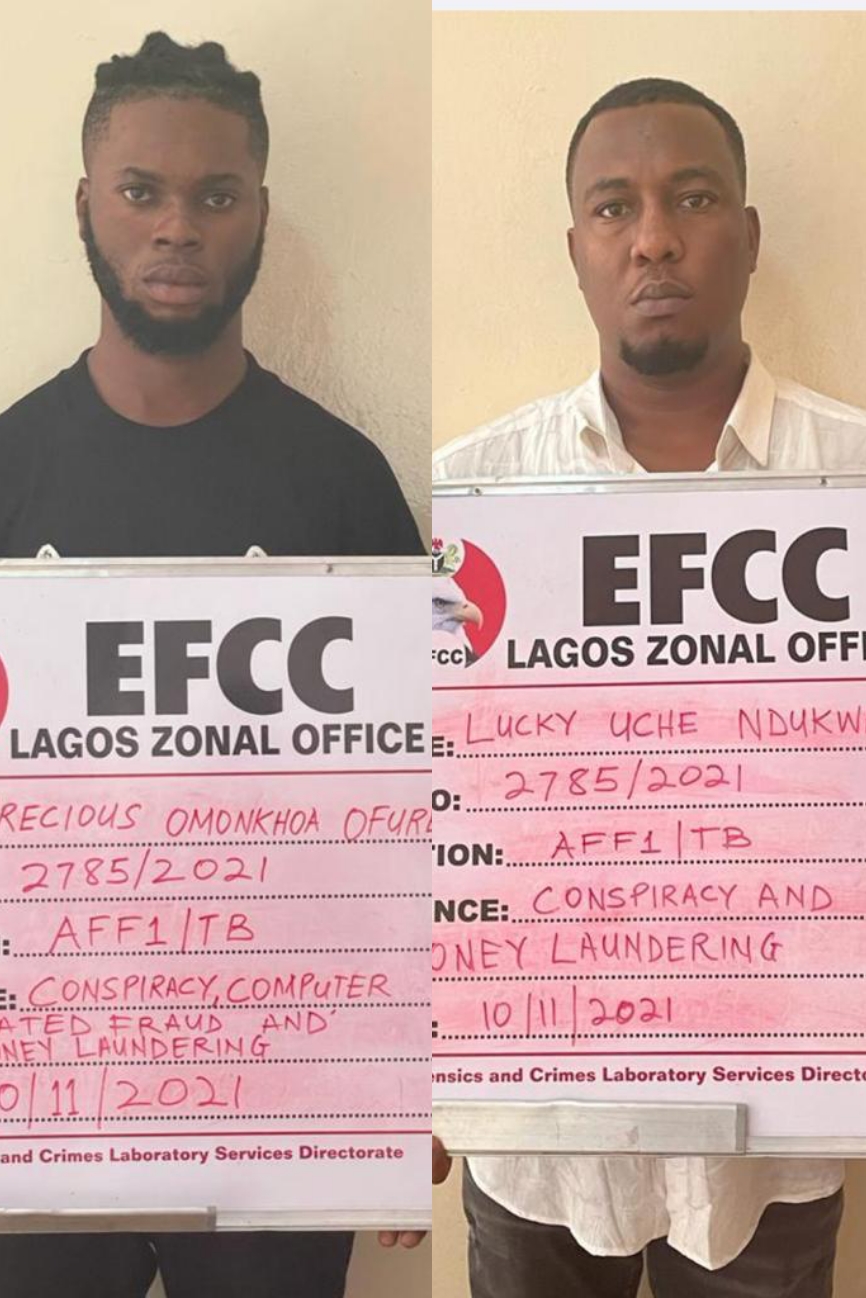 The Lagos Zonal Command of the Economic and Financial Crimes Commission, EFCC, has arraigned Lucky Uchechukwu Ndukwe, a Manager with Cubana Group, alongside one Precious Omonkhoa Ofure before Justice Justice Olubunmi Abike-Fadipe of the Special Offences Court sitting in Ikeja, Lagos for an offence bordering on conspiracy to launder and money laundering.

Ndukwe, also known as Cubana Prime Minister, and Ofure were arrested recently by operatives of the Commission, following credible intelligence received about their involvement in the fraudulent activity.

Items recovered from them include the sum of $164,000.00 (One Hundred and Sixty-four Thousand Dollars), iPhone mobile devices and laptop computers.

The charge against them reads: “That you, Precious Omonkhoa Ofure and Lucky Uchechukwu Ndukwe, sometime in 2021 in Lagos, within the jurisdiction of this Honourable Court, did conspire amongst yourselves and laundered an aggregate
sum of $164,000 (One Hundred and Sixty-four Thousand Dollars), which form part of $256,314 (Two Hundred and Fifty-six Thousand, Three Hundred and Fourteen United Sates Dollars) fraudulently obtained by false pretence from one Elena Bogomaz, a Canadian Citizen, and converted the fraudulent money into the United States Dollars with the help of a Bureau De Change Operator, which was then credited into the bank account of Casa Cubana Estate Limited and Lucky Uchechukwu Ndukwe respectively for the purchase of two and landed properties and committed an offence contrary to Section 330 of the Criminal Law of Lagos State, 2011.”

During their arraignment today, Ndukwe “pleaded not guilty”, while Ofure pleaded “guilty” to the charge.

Consequently, the prosecution counsel, M.K.Bashir, reviewed the facts of the case and prayed that the defendant, Ofure, be sentenced accordingly.

Delivering judgement, Justice Fadipe found Ofure guilty and sentenced him to three years imprisonment on two counts of conspiracy and money laundering, with an option of fine in the sum of Two Million Naira (N2,000,000.00) and 100 hours of community service.

The judge also ordered the forfeiture of all the items recovered from the convict.

Counsel to Udukwe, Chuks Arubalaeze, told the court about an application for bail on behalf of his client.

Justice Fadipe granted him bail in the sum of N5m (Five Million Naira), with two sureties in like sum.

Justice Fadipe also ordered the remand of Udukwe in the correctional facility pending the perfection of his bail conditions and adjourned the case to October 28, 2022 for commencement of trial.