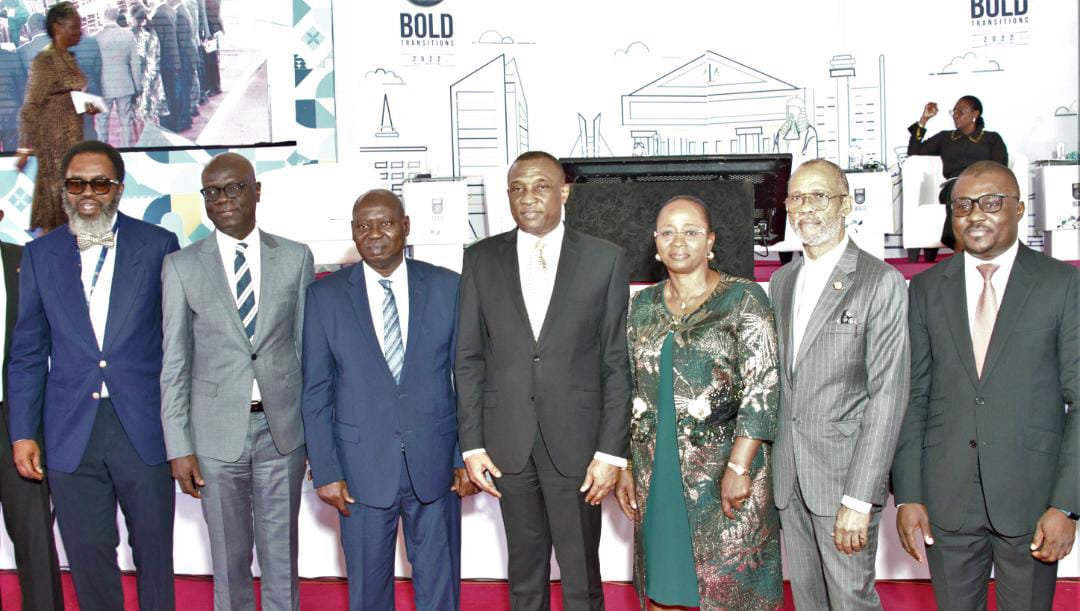 The conference, according to the NBA, attracts about 13,000 legal practitioners across all spectrums as well as other invited participants within and outside the country.

Delivery his welcome address at the AGC, the Attorney-General and Commissioner for Justice, Moyosore Onigbanjo, SAN, said the showcase session presents an opportunity for the state’s handlers to highlight some of the achievements of Governor Babajide Sanwo-Olu’s administration.

Onigbanjo noted that the presentations, which covered climate change, healthcare, infrastructure development, land management in Lagos as well as emergency management and security, were designed to use the opportunity of the gathering of lawyers to tell them there’s much more that the state is doing beyond what they are seeing.

He explained that there’s a lot of projects and programmes that will come to fruition in the nearest future to ensure Lagosians enjoy the dividends of democracy as well as good governance.

Showcasing his ministry’s sterling strides, Commissioner for the Environment and Water Resources, Tunji Bello, said the state government is working tediously to reduce the amount of waste being generated in the state in next couple of years.

He lamented that the state is now resulting to waste separation and recycling from sources through organised estates, market places and residential homes, to ensure sanity in waste generation in the state, as all six waste disposal sites in Lagos are almost filled up owing to lack of lands.

Dr. Bello concluded his presentation by urging Lagosians and residents in the state, especially those living on the island, to shun panic whenever Lagos experiences flash floods after about 4-5 hours heavy downpour.

He insisted that there cannot be full-blown flood in the state, as there are enough drainage channels, through which the flood water disappears in less than two hours immediately after any heavy rain.

On his part, Commissioner for Health, Prof. Akin Abayomi, spoke extensively on how the state government used the law, policies and regulations, especially sanctionable consequences, to flatten the fourth Covid-19 curve to protect the citizens.

Prof Abayomi said in an effort to further protect the citizenry, the state has also put up a law to regulate traditional and alternative medicine practitioners in the state.

He noted that in order to help the state know what’s happening in that space, it has set up a Board to regulate their activities, ensure standards and protect citizens of Lagos, considering the fact that a lot of people now visit the alternative medicine practitioners even before coming to the conventional medicine practitioners.

The Health Commissioner further noted: “My last stretch is on mental health. If you recall the last law we have in this country was in 1920. It was called the Lunacy Law and this sought to just extract people, who had mental health out of the society. It had very little understanding on pathobiology of mental health, so we in Lagos developed, the Lagos State Mental Health Law that was released in 2019. It was to humanize the management of mental health disease Lagos, part of this law means the state has to establish adequate facilities to manage mental illness, to work against stigmatization of people with mental health in the society, to ensure adequate access regardless of gender, age and economic status and provide treatment according to international best practices.”

She listed the four legacy roads of this administration as the Lagos Fourth Mainland Bridge, Lagos -Epe Expressway, Lagos Regional Road and the Lagos Opebi Road.

“So, the first and foremost of it, is the fourth mainland bridge and I’m glad that the PPP is also here. As I speak to you, as at yesterday, it was allover the newspaper and radio jingles that the ESIA come out for inspection for the next one month is available so that people can pass this ESIA stage and move to the next stage to getting to the close of the fourth mainland bridge. So this gives you a thematic description of where we are on the fourth mainland bridge. As a government, we are determined to see to this. We have pass through phase one of it. That’s where we complete the visibility study. Phase two we are also done. You will see the yellow on the slide that’s exactly where we are now. So we need to get to phase 2b and so on.

“In the same manner, this slide gives you the idea of exactly what we are doing on the fourth mainland bridge. The step one was expression of interest, where over 51 people did tender, the step two is after they must have been sieved out to 32 and we have passed step three and we are between steps three and four as at today. We hope to reach a financial close hopefully by the end of the year.
.”So the second legacy project of Lagos is the Lekki-Epe Expressway. It’s an 18.75km toad and it’s not difficult to understand why we went in that direction.

“In the picture, you will see the deep sea port everybody is talking about, as a government, we were quite realistic with ourselves and also anticipatory to say I’d this deep sea port goes on with the bad road, it would be difficult to access the road. So we decided to do things differently, considering the kind of loading that the road would be subjected to, we would go all out to concrete and create a dedicated lane for articulated trucks to stay off the main expressway. And today, we are about 85% completed on that road.”