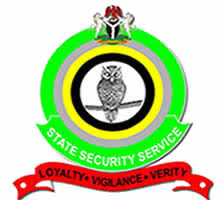 The Department of State Services, DSS, says it does not abduct Nigerians.

This information is contained in a release by the DSS Public Relations Officer, Peter Afunanya.

This reaction is coming on the heels of an online publication’s claim, not CASEFILE, that SSS abduct innocent Nigerians under Buhari regime.

The service however stared further that, “As part of its enforcement activities, the DSS arrests when, where and if necessary. This is evidently carried out in line with tenets of democratic ideals. At no time has the agency embarked on its actions without following led down procedures in respect of obtaining warrants of arrest or orders for detention from competent legal authorities. The claim of abduction or use of enforced disappearances is an absolute lie and a make-up narrative designed to bring the Service to disrepute.

“The DSS is law abiding and committed to the protection of citizens and sensitive government installations. In doing this, it will continue to discharge its mandate of intelligence collection and timely dissemination of same to relevant action agencies and stakeholders.

“Public attention should, however, be drawn to the deliberate and determined efforts of the publisher of Peoples Gazette, Samuel Ogundipe, to use his platform to undermine law and order. He is known to have, on several occasions, engaged in false and distorted publications to disinform the public. He and his cohorts are hereby warned, for the umpteenth time, to desist from these deplorable acts against the peace and security of the nation. It is time for Ogundipe and the likes to choose reason over fatuity; and patriotism over disloyalty and treachery. Their continuous mischievous resolve to use fake news and hate speech to set the country on fire is condemnable.

“Media practitioners in the country should rise above parochial considerations, sanitise its fold and fish out quacks among them. The media can also peer review and embark on self-censorship as part of achieving professionalism in the industry. They must reject the allure of enticement by external forces to use them to instigate violence or undermine government and its institutions. Otherwise, those who run foul of the law must be ready to face justice either now or in the future,” the statement concludes.