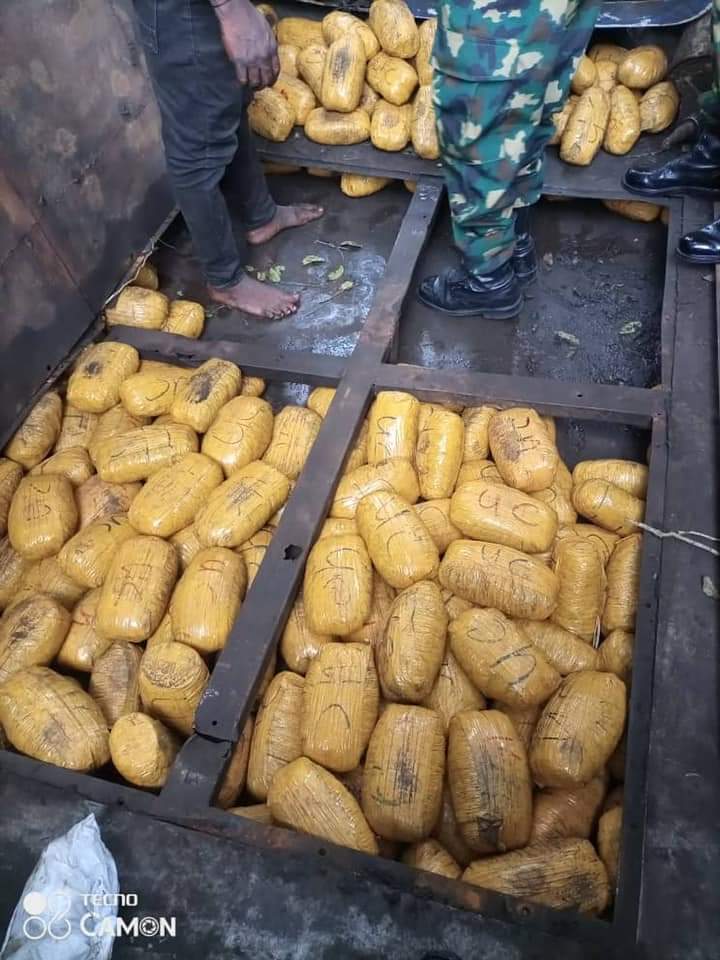 News reaching CASEFILE has it that troops of 81 Division have foiled an attempt to smuggle 792 parcels of illicit drugs suspected to be Cannabis Sativa otherwise known as Marijuana into Ogun State at a checkpoint along the Ilaro-Benin Republic Border following an intelligence-driven operation.

The parcels of Indian hemp were said to have been concealed in a truck coming from the Volta Region of Ghana.

In a statement signed by Major Olaniyi Osoba, the 81 Division Army Public Relations Spokesperson stated that the suspected illicit drugs estimated worth was about N10,000,000 and were to be delivered to a drug syndicate based in Lagos that is presently on the run.

According to him, “A search on the truck conveying the suspected consignment indicated that it was designed specifically to convey illicit drugs as there was a special compartment welded to the base of the truck for concealment purposes but could be discovered on scrutiny.

“It took the vigilance of the troops at the checkpoint to detect the concealed drugs after resisting the bribe offered by the suspected drug syndicates.

Members of the public have been enjoined to continue to provide useful information on criminal activities to security agencies for a prompt response.

However, tehe suspected illicit drugs and suspects have been handed over to the National Drug Law Enforcement Agency Lagos Command for further action.