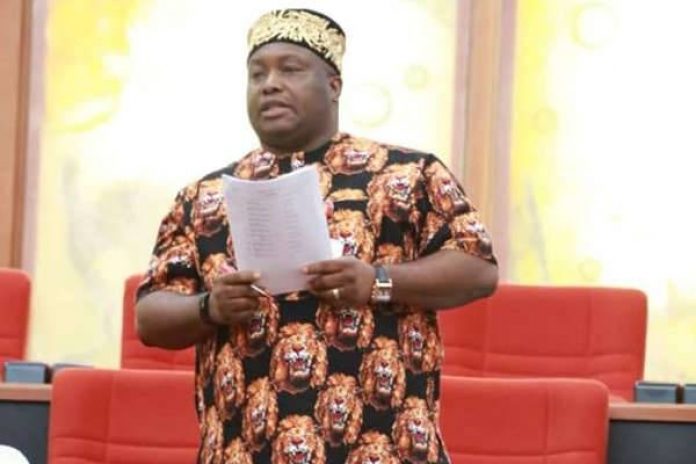 According to an eyewitness account, the senator was ambushed by heavily armed assassins who opened fire on his convoy.

He said some of his aides were killed including some police officers.

Another source said that the senator managed to escape as his bullet proof car was riddled with bullets.

Meanwhile videos of the attacked have surfaced online.

In a swift reaction, the
Commissioner of Police Anambra State Command CP Echeng Echeng has led Operatives to the scene.

This was contain in a statement signed by the the state police spokesperson DSP Ikenga Tochukwu, who disclosed that the incident is still sketchy with assurance that his operatives are on ground to put the situation under control.

Senator Ifeanyi Ubah also retains the Young Progressive Party, YPP, nomination for 2023 election and only celebrated his 51st birthday about a week ago.