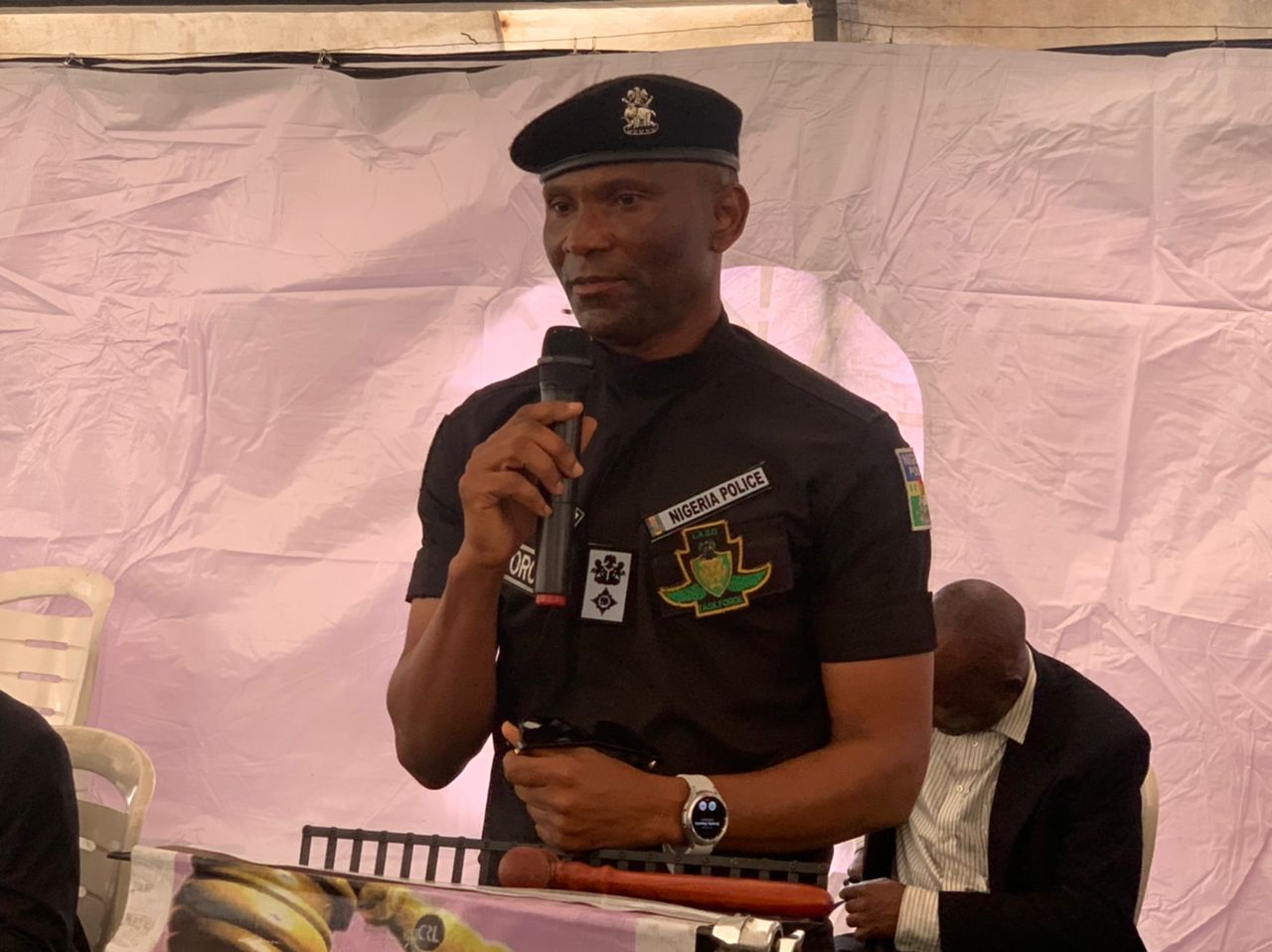 The Lagos State Taskforce urged motorists to avoid driving against traffic (one-way) due to the potential threat to human life and property in the State.

This the Chairman of the Agency, CSP Shola Jejeloye on Friday explained, harping on several dangers inherent in driving against traffic (one-way) and harmful effects it has on not just free flow of traffic and other law abiding drivers, but on the possibilities of causing loss of lives and damage to property.

He made this known to journalists at the public auctioning of seized vehicles at the Taskforce compound in Alausa, Ikeja.

According to him, most of the vehicles being auctioned were confiscated for driving against traffic and endangering their lives and that of other Lagosians.

Jejeloye said, “Some of the individuals who have come here to bid do not know that if we had not confiscated some of these vehicles while committing those offences, they would have killed pedestrians, bidders or other road users who are unaware that there is a vehicle approaching through the wrong side of the road.”

In the statement signed by the agency’s Director, Press & Public Affairs, Gbadeyan Abdulraheem, records indicate that 80 per cent of victims hit and run on the roads were knocked down especially early in the morning by motorists who drove against traffic.

CSP Jejeloye also disclosed that some of the supposed victims who pleaded for their vehicles to be auctioned to them at the auction ground were serial and notorious one way defaulters.

The taskforce chairman cited as an example, the man who came with his mother (widow) to reclaim his vehicle.

“If you recall correctly, he was arrested sometime in May for driving on one-way all the way from Oshodi to Mile 2 and even assaulted the officers trying to arrest him by biting off the officer’s finger. He was charged accordingly and he spent three months in Badagry Correctional Facility and his vehicle impounded.”

Continuing, “This is the reason why we urge members of the public not to be sentimental about actions like this because anyone on the receiving end would feel the pain caused by one-way drivers.

“We have also had other incidents where a heavily pregnant woman was knocked down by a driver who drove against traffic along Apapa, leaving her family members in disarray.

“These actions are needless and can be curbed if drivers just exercise a bit of patience and restraint on the roads, but in the case where they fail to do so then they will be apprehended and brought before the Magistrate.

He futher appealed to Lagosians to be steadfast in the fight against traffic indiscipline on Lagos Roads especially driving on routes meant for the opposite traffic.

He wants them to be patient while driving and promised to do more in ensuring that traffic offenders are brought to book and orderliness is maintained on Lagos Roads.