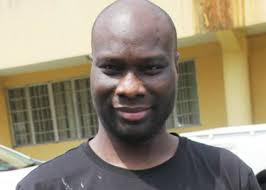 His trial is to continue in absential following futile effort by the Economic and Financial Crimes Commission, EFCC to arrest him after he jumped bail.

The defendant was visibly absent.

During proceedings today, Mr. A. O Mohammed announced appearance for the prosecution, stating that the Commission had made frantic effort to arrest the defendant, adding,”We had also written letters to our counterpart to secure the presence of the defendant to this Honourable court.

The EFCC counsel said “My Lord, we will be asking for another date to enable prosecution of the defendant on trial in absential.

Aligning with the prosecution, counsel who held brief for the defence counsel, Mr. Gboyega Oyewole, SAN, Mr. Kolawale Salami and Ademola., confirmed the position of the Commission and asked for adjournment.

Subsequently, the trial judge, Justice Dada adjourned till November 16, 2022 for continuation of trial, while she ordered, “Make sure you bring your witnesses on that date,” she told the Commission.

Recall that the judge had earlier issued a bench warrant on the defendant for failing to appear in court for his trial.

Ismaila Mustapha who is being prosecuted by the Economic and Financial Crimes Commission, EFCC on a 8-count charge bordering on the offences of conspiracy and money laundering to the tune of over N6billion, along with his company, Ismalob Global Investment Limited.

It will be recalled that Mompha and his company Ismalob Global Investment Limited was arrested on January 10, 2022 by EFCC, arraigned and granted bail.

However, the defendant has failed to appear in court on two scheduled dates for his trial.

At the last adjourned date, the defendant’s matter could not proceed due to his absence.