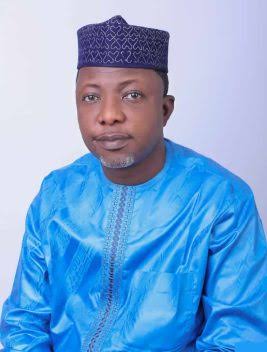 The Labour Party, LP, has condemned the Federal Government decision to recognise another faction in the academic environment with the Certificate of Incorporation issued to Congress of University Academic, CONUSA.

A statement signed by its National Publicity Secretary, Comrade Arabambi Abayomi Oluwafemi says the move spearheaded by the the Minister of Labour and Productivity, Dr. Chris Ngige is an ill wind that will bring no good to the academic community.

Comrade Arabambi advised the Federal Government to explore ways of returning students back to school rather than creating more crisis.

According to him, it is sad to note that those who benefited from scholarship at the expense of Nigeria are now the one making education elusive to the masses forgetting that the monster they are creating today will consume them tomorrow.

While sympathising with the students and their parents, the Labour Party is appealing to both the Academic Staff Union of Universities, ASUU, and the Federal Government to close ranks and work out an agreeable solution to the lingering crisis.

On the proposed budget for the 2023, Comrade Arabambi Abayomi faulted the proposed N19.76 trillion expenditure which the Federal Government is proposing to borrow N11 trillion naira saying is a bad decision.

According to him the debts burden in Nigeria as at present is huge going by the disclosure from the Federal Government which claim that debt services is more than the country revenue.

To this end, the LP wonders how the federal government intend to manage the new proposal without affecting the already battered economy which has pauperised Nigerians and has ruined the economy both for the starters and the big players.

He want the Federal Government to look inward, put up their thinking caps to safe the Nation pending the time they will be kick out of office through ballots next year to pave way for Peter Obi/Datti Presidential mandate.

The LP says its candidate, Peter Obi has what it take to rule the country with a more result oriented and humane approach.

He expressed the confidence that with the growing acceptance of Peter Obi the journey to the Villa is a done deal as the party currently with over 40million membership strength drawn across the Nigeria Labour Congress, the Trade Union Congress, affiliated trade unions, professional bodies, students and other old members.

The current Buhari-led All Progressive Congress administration should prepare a compressive hand over notes for smooth running of Nigeria come May 29, 2023 with Peter Obi as president.