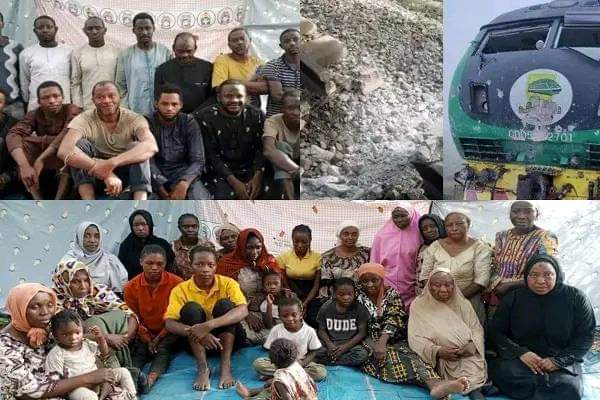 This was disclosed by the Secretary of the Chief of Defence Staff Action Committee, Usman Yusuf.

Yusuf said that the hostages were released at about 4:00pm on Wednesday.

He said that the committee took the custody of the victims who were kidnapped by Boko Haram terrorists during an attack on a moving passenger train in Kaduna on March 28, 2022.