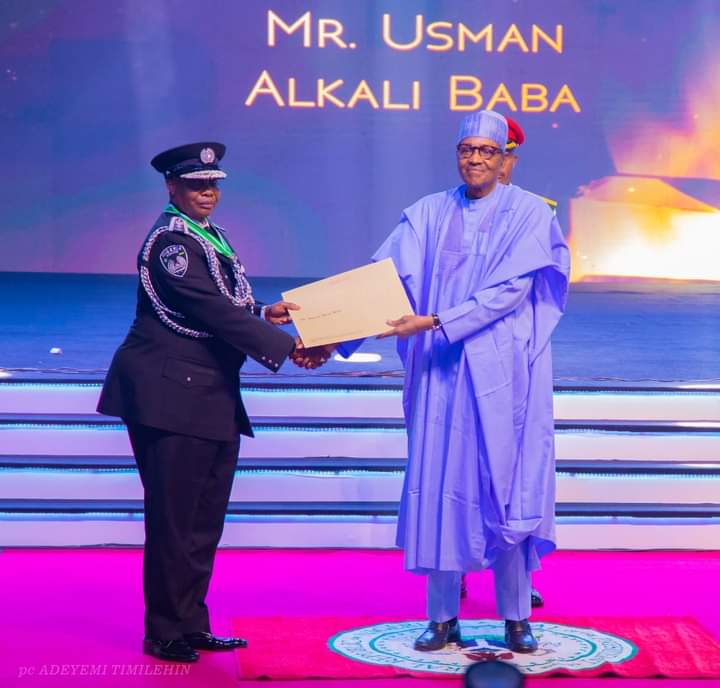 CRAN is the body of journalists covering crime and security nationwide.

Both recipients, a retired Inspector General of Police, IGP, Solomon Ehigiator Igbe-Arase and IGP Usman Alkali Baba were conferred with the Commander of the Order of the Federal Republic, CFR, on Tuesday by Nigeria’s President, President Muhammadu Buhari, GCFR.

The duo were chosen for national honours by President Buhari given that they have distinguished themselves in their service to the nation, especially in terms of security.

Extending the collective warm wishes of members, CRAN President, Olaekan Olabulo said: “It behoves us to warmly congratulate these distinguished personalities for their service to the nation by ensuring security of lives and property.

“IGP Arase has proven and reflected the cliche ‘Retired but not tired’ with the establishment of his law firm, Solomon Arase & Associates, which commenced operation after his retirement.

“He was afterwards appointed by the Edo State Governor, Godwin Obaseki as Chairman, Task Force for the implementation of the state Anti-Community Development Association Law.

“But beyond this, IGP Arase cannot be easily forgotten in the Police Force, as he displayed diplomacy and executed his policing duties with diligence.

“IGP Baba on the other hand has made sterling contributions to policing, while placing premium on personnel welfare.

“He has also ensured maximum effort in policing our national security in general, both nationally and internationally. We salute his bravery and courage in the line of duty.”

“The honour is as a result of their long years of outstanding service to the security of lives and properties in Nigeria.

“It will serve as an encouragement to serving security operatives in Nigeria and boost the fight against insecurity,” Olabulo added.