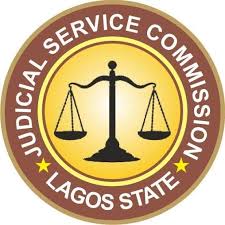 Magistrates Oluwatoyin Gwendolyn Oghre and Humenu Olajuwon Amos have been relieved of their appointments by the Lagos State Judicial Service Commission.

This development was communicated to the public by the Permanent Secretary of the Commission, Mrs. Olubukola O. Salami.

The Commission terminated their appointments following the outcome of investigation on acts of misconduct.

According to the Permanent Secretary of the Commission, Mrs.Salami, she said the termination of appointments was the culmination of the investigation initiated over allegations of misconduct leveled against the duo in line with the disciplinary process and the need to protect the integrity of the Judiciary.

The Lagos State Judicial Service Commission say it will continue to uphold the sanctity of the judiciary based on honesty, dedication and integrity in line with its statutory duties.

Salami emphasised that those saddled with the tasks of adjudicating cases must be above board and ready to demonstrate and discharge their duties accordingly.

The Permanent Secretary also warned the general public to desist from dealing with the affected officials in any official capacity as Magistrates and officers of the Lagos State Judiciary.