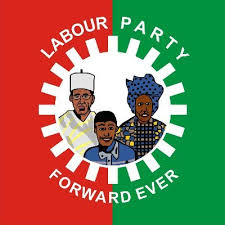 The Labour Party, LP, has congratulated the Brazillian President-elect, Luiz Inácio Lula da Silva for his resounding victory over the incumbent Jair Bolsonaro in the just concluded Presidential election.

A statement signed by the Party’s National publicity Secretary, Comrade Arabambi Abayomi says Lula broke all odds against him to emerge victorious.

It will be recalled that Brazil has taken a turn to the left as former president Luiz Inácio Lula da Silva beat far-right incumbent Jair Bolsonaro in the presidential election.

After a divisive campaign which saw two bitter rivals on opposite sides of the political spectrum go head to head, Lula won 50.9% of the votes.

Congratulating Lula who was harassed and imprisoned to prevent his comeback ambition.

According to Comrade Arabambi, Lula’s victory has clearly shown that power in a democracy belongs to the people.

He advised that Nigerians should learn to take their destiny into their hands by voting the Hawks out of power next year.

According to him, Lula represents the people, saying also that the much-touted power of incumbency and so called structures is not a determinant to elect leaders.

A case in point is Williams Ruto’s victory in Kenya who also braced all the odds to emerge victorious.

For Comrade Arabambi, Lula’s victory is a RED CARD to the All Progressives Congress led government.

He said APC should begin to prepare its handover notes and should not think of getting the third term by proxy.

Comrade Arabambi says Nigerians are now wiser and praised the passage of the ammended electoral Act, which he said has foreclosed planned rigging by APC and bury their ambition to return to the Villa in 2023.

Like it happened in Brazil, Arabambi says supporters of LP have resolved that never again would the looters be returned to power again and that no amount of victimisation will deter them from mobilising support for the Labour Party candidate Mr. Peter Gregory Obi and his vice Alhaji Yusuf Datti Baba-Ahmed who are ready to reverse the misfortune brought by APC leadership on our dearest country, Nigeria.

He finally advise both the APC and Peoples Democratic Party Presidential candidates to concede victory to the OBI/DATTI presidency so that a proper economy blue print can be launch immediately to take Nigeria out of the woods.