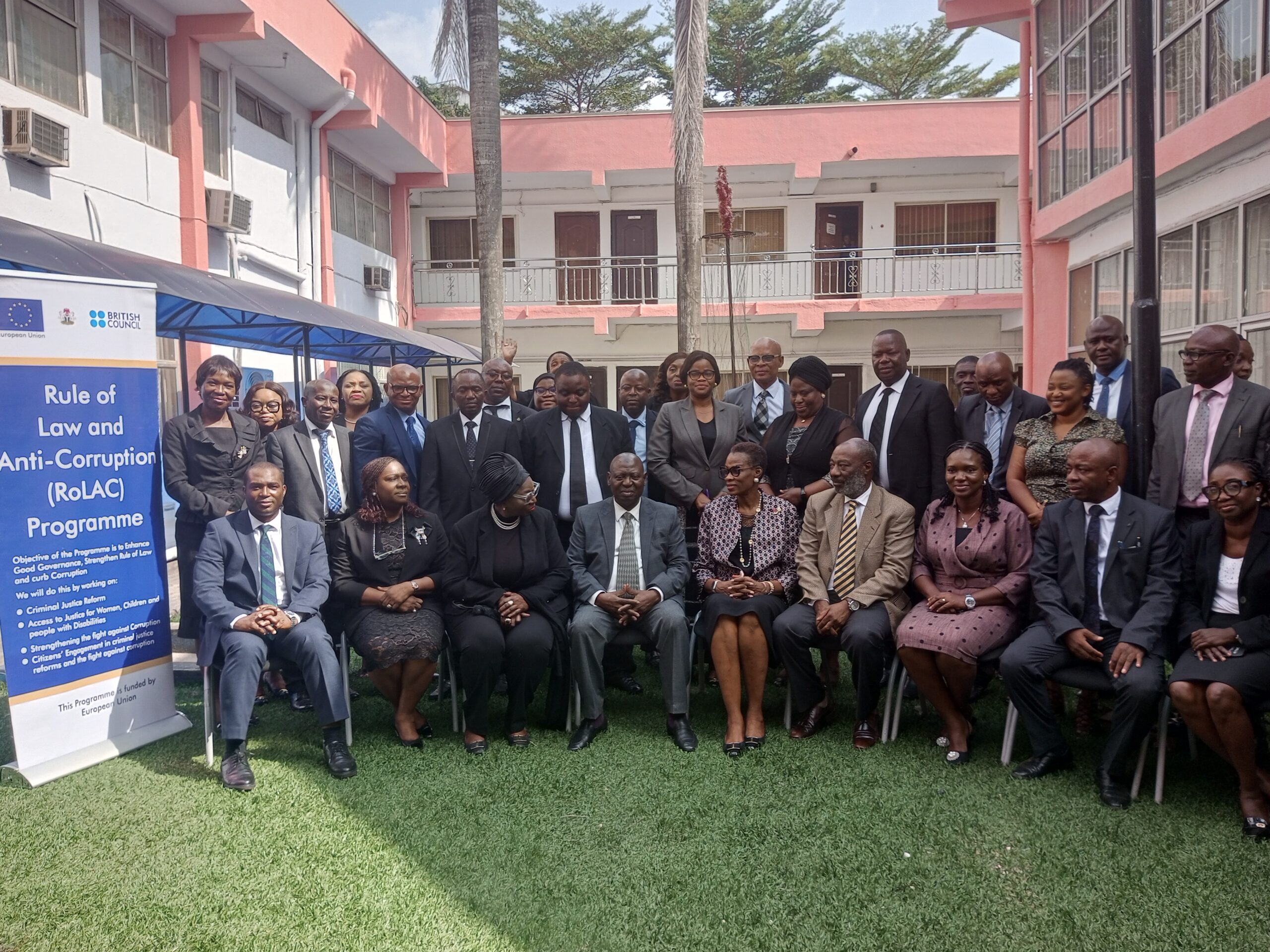 The Chief Judge on Tuesday, November 8 formally launched a pilot of the BIMS at the Conference Room of the Lagos State High Court, Ikeja Premises with stakeholders in the criminal, judicial and anti-corruption sectors in attendance.

The BIMS project according to the Lagos State Judiciary is to pilot the development and deployment of the BIMS for the Lagos Judiciary to help digitalise the documentation and management of bail processes in Lagos.

Presenting a demo of how the BIMS works before stakeholders, the Consultant who designed the platform, Mr. Musbau Famuyiwa explained that the project started in November 2021 and in February, 2022, dynamics of the BIMS were identified.

Giving a background, he said, “It is a pilot project. We are not saying this can solve all the problems particularly as regards bail, sureties, defendants.

He however noted, “We are putting a system that we can build something on in Lagos State. This hasn’t been done in any part of Nigeria. This is a first of its kind in the whole of West Africa.

We had to model this and tried to see what has been provided at other jurisdictions and the best we could get is in Bahamas, where we have something very close to this, so I think the Lagos State Judiciary deserve some commendation, for the commission and the commitment to let us get this and of course.”

“What we have now will enable us not only to profile the sureties but we will know this person is representing this.

“It will also give access to other magistrates who are not at that particular location to access this information that have been aggregated from all the other centres.”

“We don’t want a situation where in Lagos this 2022 some people can’t get bail because we don’t have records of people who stand as surety.”

He said the address for the web solution is http://bimslagos.com.ng.

CASEFILE gathered that the platform is to help ease prison congestion, eliminate trial delays that result from failure to diligently prosecute criminal proceedings because of defendants who jump bail and cannot be traced and it would resolve difficulties associated with tracking and verifying sureties.

The system is to automate the otherwise manual processes for documenting particulars of the defendants and sureties thereby making bail processes easier to manage.

Of the140 Magistrate courts in Lagos, locations of courts where the BIMS is already in use are Ikorodu and Ogba Magistrate Courts.

Over 60 Legal Registrars, LRs, have been trained to use the web-based platform, while over 100 sureties have been already profiled on the platform by them.

The platform is accessible for court registrars via the web.

Some of the features of the system are fields, for validating identities of sureties by NIN, so that court can track sureties when defendants jumps bail.

Only approved users can access information because the LRs of Magistrate courts are the BIMS managers.

Of note, ultimately LRs to manage the BIMS office shall be deployed to each of the pilot centres.

The BIMS project is to support the efforts of the Lagos State Judiciary and the Criminal Justice Reform Committed to strengthen bail reform and administration in the state in line with the objections of Outputs 1.1 and 1.3 of the RoLAC Programme: Implementation and Adoption of Administration of Criminal Justice Act, ACJA, at Federal and State levels; and Developing Institutional Capacity to Advance the Priorities of the ACJA and Complimentary Bills.

Justice Alogba commended the intervention of the support group, Rule of Law and Anti-corruption (RoLAC), supported by the European Union, other well-meaning individuals and organisations during the launch of the pilot project of a Bail Information Management System, BIMS, for the Lagos Judiciary, to help digitalise the documentation and management of bail process in Lagos.

Speaking at the event, the Chief Judge of Lagos State welcomed all stakeholders and explained the purpose of the epoch-making event.

According to him, the intervention is all in a bid that the courts have records, to avoid the rampant incidence of defendants and sureties not being traced.

“This is just to ensure that effort of the judiciary and indeed all stakeholders to participate in the administration of criminal justice system is not thwarted either way.

“This effort will enable us to easily exercise our spread per chance you want to consider conditions for bail if the person has been in regular court, these are the advantages for the system as we thought.

“I think it will be very useful to us even at the High courts, and the Magistrate courts level, not only in terms of keeping records, even in terms of other purposes.

To the judicial staff he said, “For those of you who have been trained, this is vital knowledge, very soon you will be deployed to where you will be a connecting link, take your training seriously.

She said it is an honour to collaborate with this partner. It is not about us but about you. I am happy that you’ve taken ownership and you are driving it and that is what we really want.

“We are hoping that other states will learn from you.

She explained about the RoLAC programme is managed by the British Council and funded by the European Union, it’s a successor programme of Justice for All that ended in 2017

According to her the RoLAC programme aims at enhancing good governance by strengthening the Rule of Law; curbing corruption, increasing access to justice for women, children and persons with disabilities.

She said one of the four components programme includes criminal justice reform agenda under which States falls.

According to Ijimakinwa, when RoLAC started the programme, one of the calls it got was to support the Bills Reforms.

“When we looked at the cost we felt it was something too much and we would not be able to do it but as we proceeded in the programme, we realised that it was so important and when the consultant came back to us, we said let’s see what we can do to run a pilot. We’ve not gotten there yet but it’s a good start, we are quite happy that this has come to be today” she said.

She advised the judiciary to address some of the identified issues.

She also expressed optimism that two years from now the BIMS will still be in use.