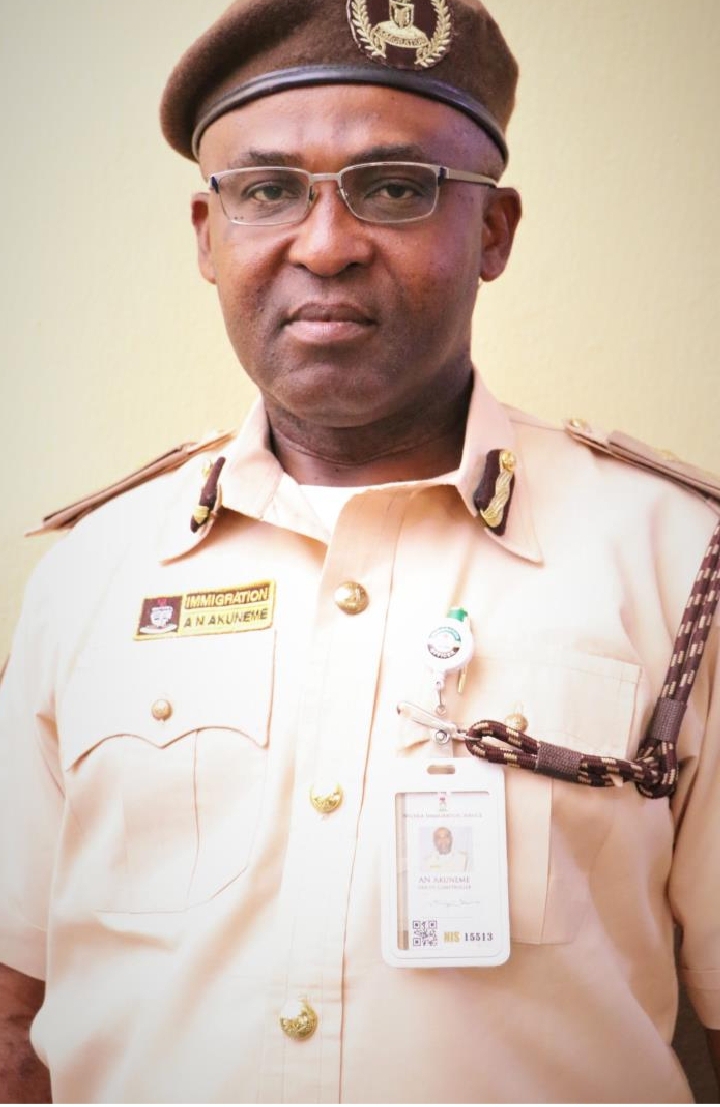 This information is according to a statement signed by CSI KS Kure Public Relations Department, following the approval by the Comptroller General of Nigeria Immigration Service, Isah Jere Idris MFR.

Tony Akuneme replaces DCI Amos Okpu who has since proceeded on retirement after 35 years meritorious service to the nation.

He has attended various courses within and outside the country, including the Superintendent Basic Course at the Immigration Training School, Kano.
DCI Akuneme brings to the NIS Public Relations Department, 29 years of broad and extensive experience in border security and migration management. Throughout his career in the NIS, he has served in various capacities.

With a well-established track record of achievements in Public Relations, he was in 2015, seconded to the office of the Minister of State for Education as Special Assistant on Media, a position he held till 2019.

DCI Akuneme has since assumed duty as the Public Relations officer of the Nigeria Immigration Service.