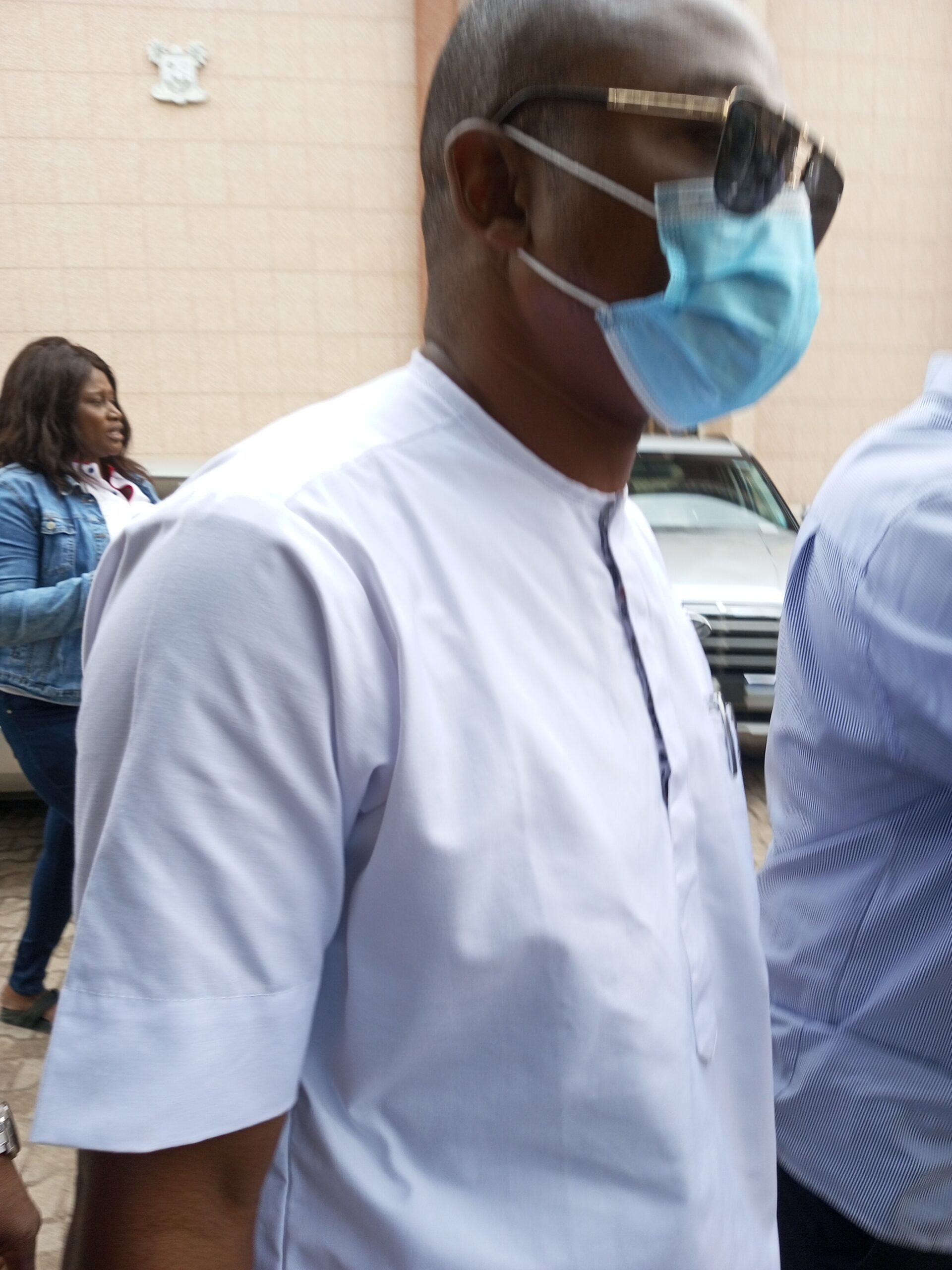 The wife of a medical doctor, Dr. Olufemi Olaleye of Optimal Cancer Care Foundation, Mrs. Aderemi Fagbemi Olaleye standing trial for alleged defilement and sexual penetration of a-15-year old minor said her husband sexually abused the minor during her stay with the them.

The first prosecution witness, Mrs. Olaleye who is an economist, entrepreneur in Real Estate and merchandise has been married to the defendant for 11 years.

While giving evidence on Monday at the commencement of trial of the embattled doctor, the mother of two children on  behalf of the victim (names with held) narrated to the trial judge, Justice Ramon Oshodi, of the Special and Sexual Offences Court that the girl confessed to a relative and their driver that the doctor has been sleeping with her and threatening to kill her and the witness if she tells anyone.

Led in evidence-in-chief by the, Director Directorate of Public Prosecution, DPP, Dr. Babajide Martins, the complainant said on oath, “My lord, on 27th November, 2021, my second cousin told my aunty who is my mother’s sister that since March 2020 Femi has been sexually abusing her and introduced her to pornography, from there he graduated to oral sex with her, that he does this in different places in the home where there are no cameras. He does this around 2:00a.m.”

The witness said she reported the matter to the police, and investigations were carried out on the defendant and the victim to unravel the truth.

She said that in the presence of her husband’s lawyer, the Divisional Police Officer who happened to be his patient said she takes her two children to the defendant’s hospital.

According to the witness, “She faced him, and said what do you have to say to what your wife has said “He broke down in tears that he was having carnal knowledge of her.”

Adding that the matter was referred to Gender Section of the Lagos State Police Command.

She said Police Inspector Esther told her that the victim was not lying about the incidence.

She claimed that her own child also told her that she had seen her husband undress the minor sometime.

According to her, “She didn’t want me to be sad.

“There was no time since November 2021 that Femi had denied the allegations, he has spoken to me about apologising to the whole family and the victim, stating it was the work of the Devil.

She however, noted that her husband checked himself into a rehabilitation home; Grace Cottage Clinics in Ilupeju.

She said, “The psychologist at the rehabilitation centre reached out to me that he had a diagnosis of sex addiction that I should go back to history that if not, my own daughter can be a victim and that I should cooperate with them.

She also hinted that Dr. Ogunubi sent her a message that he is not going to be a part to pedophiling.

She also said that if her husband did not complete his treatment for sex addiction that he will relapse and that if he is allowed to roam the streets, that it is dangerous.

She denied beating the victim into confessing to her aunt at the aunty’s house and also called a meeting where his mother was present.

The witness added, “I slept through all his atrocities, he also gives me Phenegan that it will help reduce my stress.

“My lord, I was raised to be a strong confident woman. Evil is evil, regardless of who is the perpetrator.

“I have a girl child, I have eight nieces, if this is not curb the evil will continue and my conscience and late mother didn’t raise me that way.”

During the cross-examination of the witness, Babatunde Ogala, SAN asked the witness, Mrs. Olaleye when the victim spoke to her about the abuse, she responded, that it was November 27, 2021.

Ogala further asked if at anytime her husband signed off ownership of the car, she replied: “He didn’t.”

When asked if there was CCTV in the house, her response was, “There is no CCTV in my living room, only in the dinning.”

At that point, the defence counsel, Ogala SAN, asked that the court allow him play a video recording in court.

The call granted the request and a-39 seconds video showing the witness beating the victim.

Ogala asked the witness to identify all the persons in the video which she did.

He also asked her who was beating the girl, she admitted that she has earlier admitted disciplining her.

She noted further in her response that the video was on the 26th or 27th November, 2021.

Two additional videos of 59 and 57 seconds respectively were also played depicting where the witness was beating the victim and appeared to be visibly angry.

After the cross examination by the defence, the lead prosecutor asked that a second witness was also in court to testify against the defendant.

As soon as the judge granted his request, Dr. Martins called on another witness.

But to the bewilderment of the court, the witness was sitting in the court room. On the premise of this infraction that all witnesses to the matter should vacate the court earlier, the evidence of the supposed witness was disallowed.

Justice Oshodi however adjourned the matter for continuation of trial as scheduled.