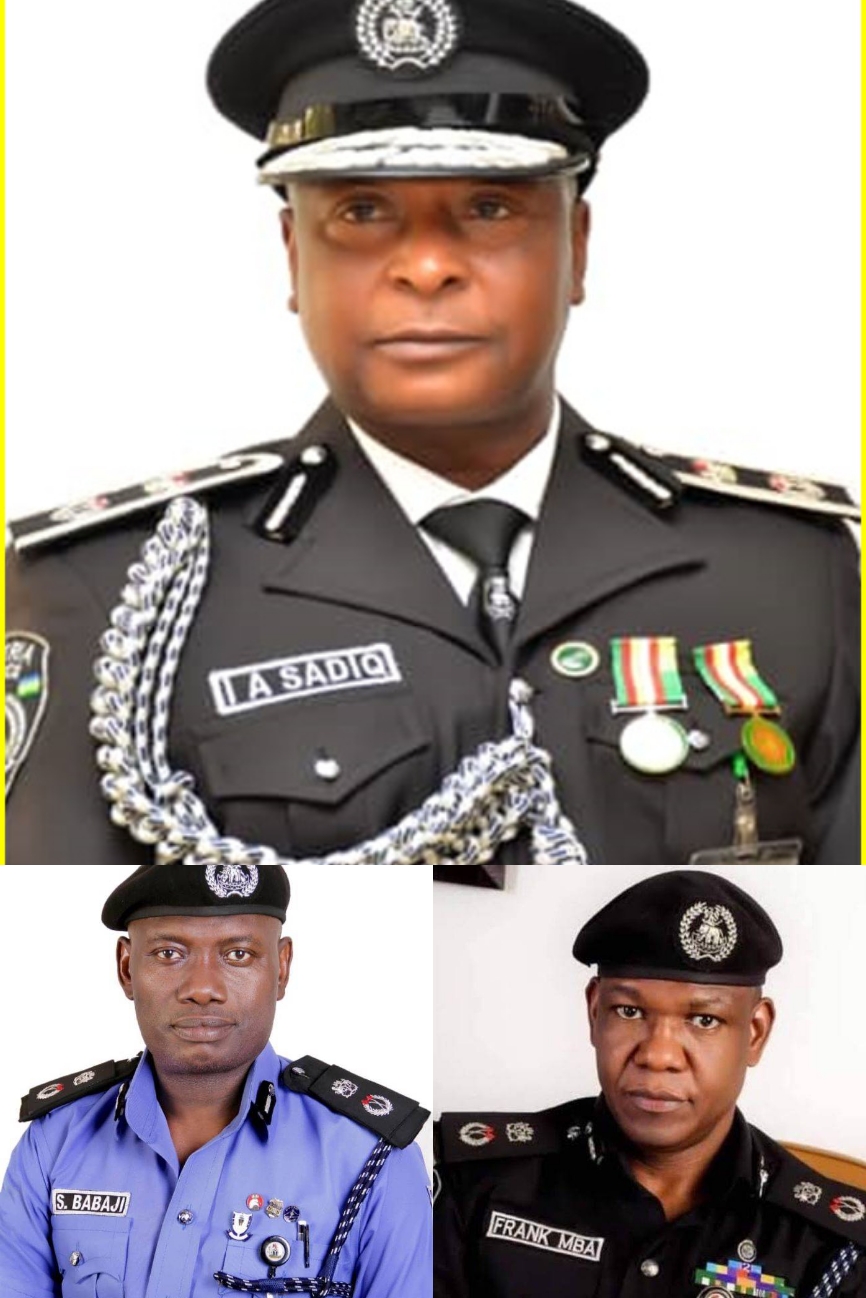 The Inspector-General of Police, IGP Usman Alkali Baba has ordered the posting of seven (7) Commissioners of Police to various Commands and Formations across the country.

This information was disclosed in a statement on Friday by the Nigeria Police Force Public Relations Office CSP. Olumuyiwa Adejobi.

Their posting came on the heels of completion of the Senior Executive Course 44 at the National Institute of Policy and Strategic Studies, NIPSS, wherein senior officers of the Nigeria Police Force featured prominently.

CP Sadiq Abubakar, the new Commissioner of Police in charge of the Federal Capital Territory, FCT, enlisted into the Nigeria Police Force, NPF, in 1992, as a Cadet Assistant Superintendent of Police.

Abubakar was the Commissioner of Police Peacekeeping Operations and Coordinator Police Special Forces before his nomination for the Senior Executive Course at the National Institute between February and December 2022.

Mba is a Masters’ Degree holder in Law, he enlisted into the Nigeria Police Force, NPF, in 1992. He was the Force Public Relations Officer before his nomination for the Senior Executive Course at the National Institute between February and December 2022.

The IGP has charged the newly posted officers to hit the ground running in the areas of crime-fighting, public cooperation, and safety.

He also called for support and cooperation from members of the public to the new Police helmsmen to enable them perform optimally on their mandate.