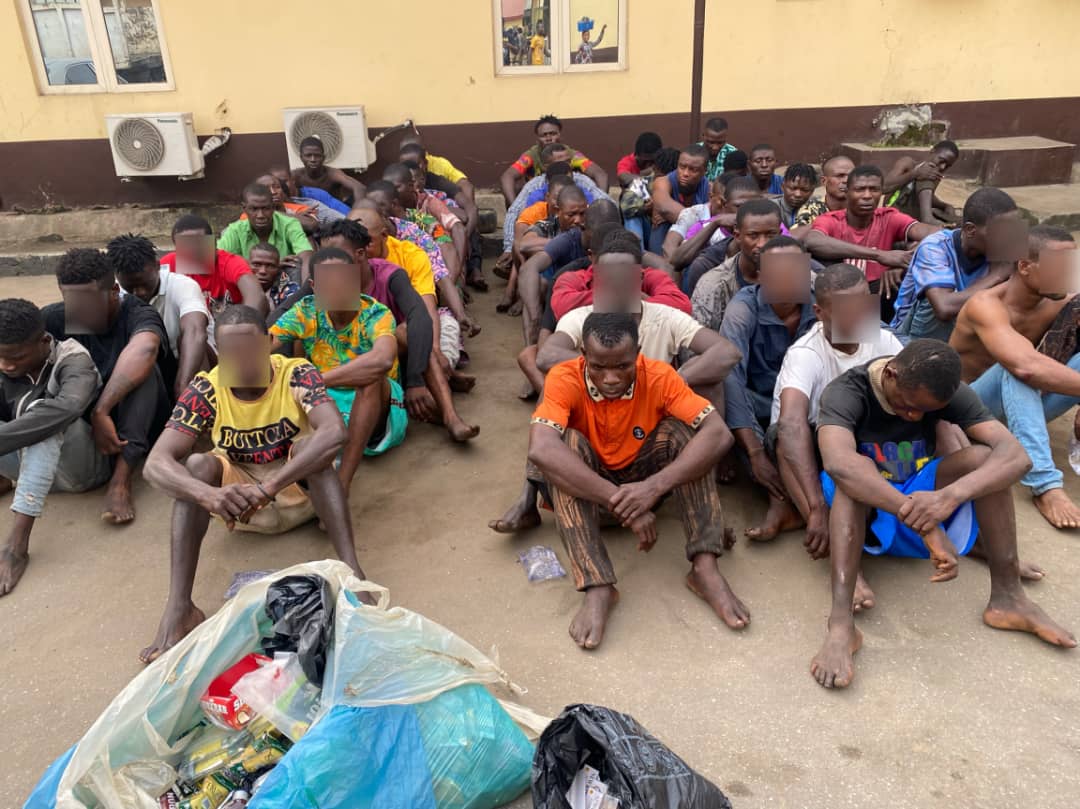 Forty-eight suspected miscreants were rounded up by the Lagos State Taskforce in Oshodi area of Lagos in the first new year mop up.

This is according to the Director, Press & Public Affairs, Gbadeyan Abdulraheem in a statement, the Spokesperson says the raid which was led by the Chairman of the Agency, CSP Shola Jejeloye was carried out at the closing hours on Thursday along the stated routes and a total of 37 bikes were impounded from the riders.

“It is disheartening seeing these recalcitrant riders operating their bikes commercially, endangering the lives of their passengers and the pedestrians on the State Highways despite the ban still in place. We have sent out series of warning through our official channels but it fell on deaf ears of some of them, thus the need to carry out this enforcement exercise.”

The statement reminded residents of Lagos that the ban on commercial operation of Okada on restricted routes and all the States highways is still very much in place therefore no one who is caught still operating will be spared.

The raid which led to the arrest of suspected hoodlums took place in the early hours of Friday, lasted for over 5 hours in order to ensure a complete mop of areas known for criminal habitation and activities.

The Chairman of the Agency stated that raids along these black spots will be continuous in order to stamp out hooliganism and criminality from the State.