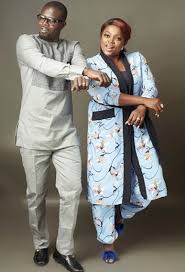 The Lagos State Government has arraigned Nollywood actress Funke Akindele Bello a.ka. Jenifa and her husband AbdulRasheed Bello also known as JJC Skillz before an Ogba Magistrate court in Lagos on Monday for violating the Social Distancing directive of the state government.

The celebrity couple had pleaded guilty to the charge against them when they were brought before Chief Magistrate Aje-Afuwa.

Trouble started for the couple when they hosted a birthday party at their home on 9 Gbadamosi Close, Amen Estate, Abijo, Lekki in the Lagos magisterial district.

The defenfants, Funke Akindele and Abdul Rasheed Bello were charged for a one count offence bordering on social distancing of Lagos State government made pursuant to regulation 8(1)(a)(b) 17(1)(i) of the Lagos State Infectious Disease (Emergency Prevention) Regulation 2020 and thereby committed an offence punishable under Section 58 Public Health Law Cap. P.16 Vol 9, Laws of Lagos State, 2015.

Funke Akindele and her husband pleaded guilty to the charge.

The court is presently on 30 minutes recess afterward the magistrate will pronounce judgment in their matter.

A viral video had shown her husband dancing at his birthday party at the couple’s home in Amen Estate in Lekki on Saturday.