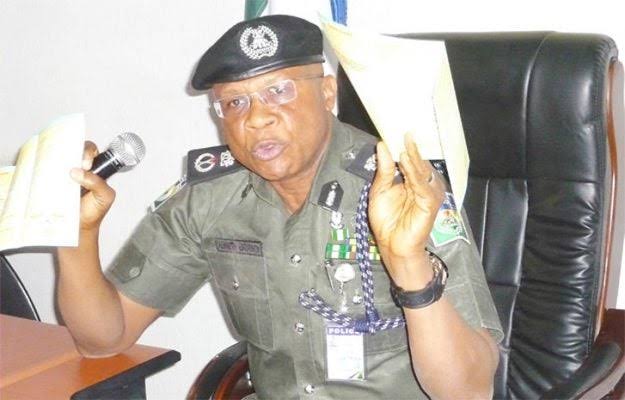 The Ogun State Police Command of the Nigerian Police Force has advised residents in the State to desist from setting up bonfires as the Commissioner of Police, CP Kenneth Ebrimson claimed that such act is creating apprehension among the residents.

The Commissioner of Police made the appeal on Monday during a discussion via phone on TVC Your View programme.

The Police boss said, “I urge everyone setting up bonfires with tyres in their streets in the name of protecting the community to desist from it as it is causing panic among residents.

“As I speak to you, Police tactical teams, mobile policemen have been deployed to areas where these alarms are coming from. I can confidently tell you that they are on the ground but for the avoidance of doubts, phone me.” he said.

Responding to questions on reported cases of crimes and criminalities by residents, he made known of his movements with his team through Agbado, Agbado crossing, Oke-Aro, Ifo, Ota and other Ogun environs, stating, “There is no single crime statistic indicating that somebody was robbed, kidnapped, injured in all these crimes we have heard.

He noted that videos showing bonfires does not laid credence to attacks in those areas. He said: “When you see videos setting bonfires that does not translate to attacks.”

“The people burning the fire are the people causing the apprehension.”

He said he has spoken with some youths that setting up bonfires is actually aggravating the fears.

He reiterated that community policing strategy is helpful when critical stakeholders partner with the Police.

He urged partnership with the Police in terms of prevention of crime and intelligence-information gathering to resolve crisis even as he made clear that the suspects paraded recently where those picked in connection with supremacy battle amongst cult groups.

He stuck to the position that up till this morning, there is no report of robbery attacks and injury to anybody.

He however acknowledged that during the lockdown in the state, it is the issue of supremacy battle the Police is contending with.

He said the cult activities would automatically change the colouration of the neighbourhood.

He opined that the distresses in neighbourhoods have challenged the Police to embark on fear reduction patrol.