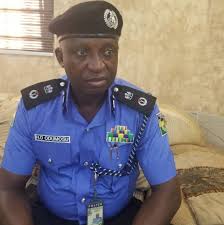 The Commissioner of Police in Lagos, Hakeem Odumosu has reiterated for the uptenth time that journalists are essential workers needed in combating the spread of the Corona virus pandemic in the state.

CP Hakeem Odumosu on Thursday cleared the air surrounding insinuations making around that journalists are not part of the essential people allowed to drive or move around during the curfew in the State from 8:00p.m till 6:00a.m daily.

The police boss said journalists have significant roles to play as explained by the federal government, that journalists are part of those “essential workers” in combating the spread of the Corona virus.

DSP Bala Elkana, Police Public Relations Officer in a signed statement on behalf of the CP stated, “The Command wish to state clearly, that journalists have significant roles to play as explained by the federal government, that journalists are part of those “essential workers” in combating the spread of the Corona virus.

“It will be recalled that the CP during the odd hours had paved ways for journalists trapped in the traffic in the State e.g journalists from Channels TV, Lagos Television and others. These journalists were caught up in long stretched traffic and the CP’s personally alighted to clear the traffic for them so as to ease their movements, this is at odd hours of the day

“The Commissioner of Police, CP Hakeem Odumoso has on several occasions stated that he never mentioned journalists as not being part of the essential duty workers.

CP Odumosu had earlier, also cleared some Newspapers Circulation Vans who were held up in the traffic as a result of the curfew in the State. The Newspaper agents were immediately cleared as part of “essential duty workers” thus posing the question as to why a journalist would not be cleared as essential duty.

In these period when the COVID-19 pandemic rages, information via the fourth Estate of the realm is essential, as the public needs to be reached with relevant and timely information via all available medium. This makes the role of journalists key in the fight to overcome this pandemic ravaging the whole world.

The statement concluded, “The command wishes to state unequivocally that every journalist with a valid identity card is certified to move and discharge his or her duty as an essential duties officer. All Policemen and security agents are hereby instructed to cooperate with and accord journalists and other essential duty workers such as medical personnel, oil and gas personnel, key banking sector workers, etc, the right to free movement without delay. The Command’s position is well expressed in this directive. More so, that we would able to work together and concertedly to achieve success over the COVID-19 pandemic.”