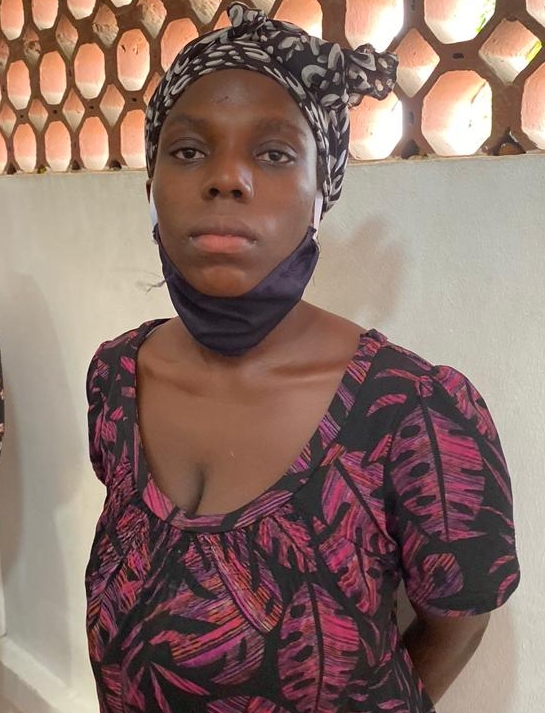 Funmilola Adisa is in the custody of the Police not for safety but for drowning her one-year and six months old baby inside a bucket of water and she is not even remorseful.

She told the Police she killed her baby, because according to her she deprived her of becoming a lawyer.

“I drowned my baby inside a bucket filled with water on Monday.” “I killed her because I was frustrated but most importantly, because she stood in the way of actualising my dream of becoming a lawyer.”

The 22 years old lady killed her own baby at her Gowon Estate residence in Lagos.

Following her arrest, she explained to the Police “I drowned my baby inside a bucket filled with water on Monday. Thereafter, I reported myself at the Gowon estate division. The police did not come immediately but when they did, they found the dead baby inside the bucket. I was impregnated by a boy who attended same JAMB lesson with me. But he rejected the pregnancy. I wanted to abort the pregnancy but my father said no.
I passed my JAMB and was offered admission to study Law at the Obafemi Awolowo University, Ile-Ife, but I had to defer the admission because of the baby.

“I wanted to take her to the orphanage home at first when it became difficult to take care of her. I live with my sister who has no job and I am also not working. I felt there was no use keeping her since I could not take care of her.

“I killed her because I was frustrated but most importantly, because she stood in the way of actualising my dream of becoming a lawyer.”

An older sibling who does not want her name named in relation to the incident nor the suspect, said she was too shocked to believe that her younger sister could commit such an act.

She opined, “I suspect she is gradually developing mental problem. Our mother had same mental problem before she died. We live in the same apartment but have our separate bedrooms. I didn’t know when she drowned the baby, until the Police arrived.”

She was arrested and subsequently taken to Lagos State Police command headquarters in Ikeja from where the Commissioner of Police, CP Hakeem Odumosu directed on Tuesday that she should be transferred to the State Criminal Investigation and Intelligence  Department, SCIID, Yaba where further investigation will be carried out.

According to a police source, medical checks would be conducted on the suspect to know her mental state. “But that will not stop her from facing the consequence of her action.”