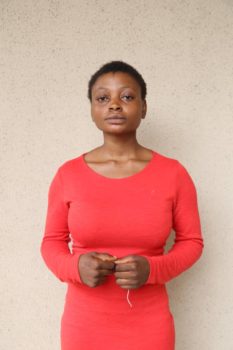 A-19 year old lady who faked her own death to deceive her family members that she was no more has been arrested by the Lagos State Police Command.

Magaret Adiya Ikumu confessed to police that she faked her death to avoid the persistence requests for money of her mother who was always demanding.

In a statement released by Lagos State Police Public Relations (PPRO), DSP Bala Elkana, the bubble burst for the suspect when on April 15, the Command received a petition signed by Tony Iji on behalf of the family of Margaret Adiya Ikumu,19, from Oni community, Oju Local Government Area, Benue State.

“The petitioners stated that their attention was drawn to a post on Facebook stating that the said Margaret Adiya died a few days ago and was secretly buried by her two friends Marvelous Mary and Nneka Buddy at the Ajah area of Lagos State.”