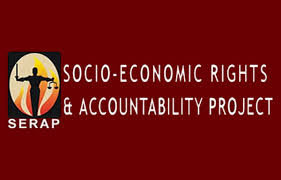 On Saturday, stakeholders converged at a webinar organised by Socio-Economic Rights and Accountability Project, SERAP to activate advocacy to end the menace plaguing declaration of assets by public officials.

The event organised by SERAP in collaboration with the Open Society Initiative for West Africa, OSIWA, virtually launched its latest report titled: “Citizens’ Guide to Asset Declarations by Public Officers in Nigeria, in a deliberate effort to address the issue of corruption in the country.

SERAP’s Asset Declaration Report is coming on the heels of its findings on circumstances making public officers vulnerable to hiding their assets from the public’s glare.

According to the discussants who spoke to the webinar’s subject: “No Escape For The Corrupt: Lifting The Lid On Asset Declaration In Nigeria”, they urged that collective role by stakeholders will prevent withholding information about assets by public officials and in effect will bring about developmental strides in the country.

According to a professor of Law, Yemi Akinseye-George, SAN, “The necessary legislative intervention to keep the anti-corruption fight has not been made. We have been using the old tool which is the Administration of Criminal Justice Law, 2015 from the previous government. We are yet to see the change promised by this government,” he enthused.

He further noted that the Code of Conduct Bureau, CCB, should not only receive but verify assets declared by public officials, adding that granting access to the public is also important.

He premised his view on the fact that fears is at the crux of withholding information on assets declaration.

Espousing his position further, “There is this idea that when you make it public, there will be all kinds of attacks. Either by taking your resources from you, but highlighted that if your assets are properly obtained, there should be no reason for fear.

He submitted, “We absolutely need reform on assets declaration. There should be insistence by the public. This calls for the attention to the roles by the society, Attorney General, and the media.

He canvased for the empowerment of CCB and other organisations for a good reform, he concluded.

Citing insecurity as the cause behind politicians non-disclosure of assets, Mr. Adesina Fagbenro-Byron, a former Presidential Candidate in the 2019 elections advocated that the court should actually make it available to the public if corruption by public officers must be addressed.

Acknowledging some bottleneck, Byron reiterated that the whole assets should be declared.

Osai Ojigho, Country Director, Amnesty International Nigeria opined that a periodic assessment on assets declaration would be in order to win the fight against corruption. She expressed optimism about the strategy as a very useful tool.

She further said that any public official whose assets has been correctly labeled will be clearly seen on the radar, adding that public interest should also be activated to win the war against corruption.

Femi Falana, SAN, declared that non-disclosure of assets by public officials can only be won by targeting professionals too, he explained “Until we are ready to deal with professionals who join in falsification…” he held that it may not yet be uhuru.

He differed on the opinion that assets should be made public, stating that “When assets is formally declared, it is already public.”

He took a swipe on the Code of Conduct Tribunal at the webinar this way,” The CCT is not in the space to fight corruption because of corruption allegation against the Chair.

“We don”t need to amend the law that there should be a public declaration. The law has already taken care of that, Falana stressed.