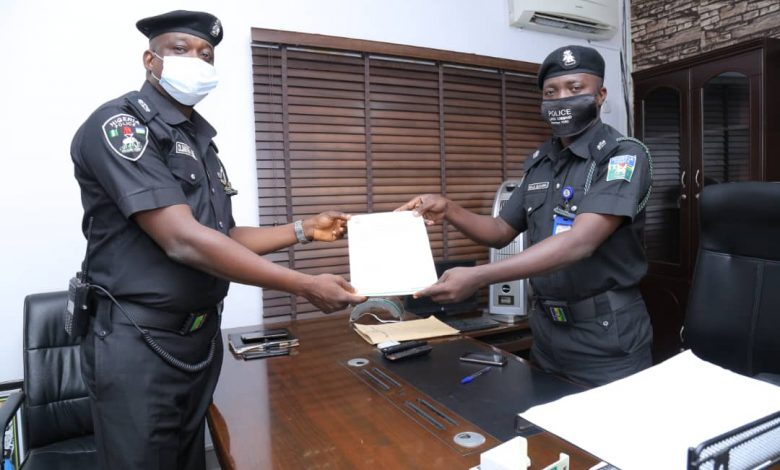 The Lagos State Police Command now has a new Spokesperson, he is SP. Prince Olumuyiwa Adejobi.

The Police Public Relation Officer resumed office after the immediate Spokeperson SP. Bala Elkana briefed him about the happenings in the State and handed over to him in a brief ceremony at the PRO’s Office located at Oduduwa, GRA Ikeja at exactly 2:40p.m on Monday.

The new image maker SP. Adejobi has however assured the general public of commitment to duties and responsiveness to issues that can promote effective policing, protection of human rights and sustainability of justice across board in the state in line with the policing agenda of the Commissioner of Police Lagos State.

He thereafter announced mobile number 08037168147 for sharing of information/Intelligence and smooth partnership between the police and the residents of the State.

Adejobi is expected to perform his duties in line with the policing agenda of the Commissioner of Police Lagos State.