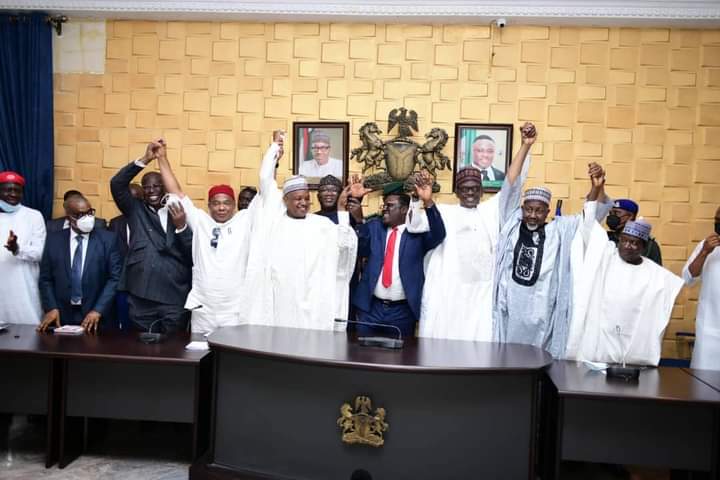 Governor Ayade announced his decision at the Executive Council chambers of the Governor’s office in Calabar.

He made the announcement after a meeting with some APC chieftains led by the APC National Caretaker committee chairman, Governor Mai Mala Buni.

Others present during his declaration are Governors Kayode Fayemi of Ekiti State and Hope Uzodinma of Imo State as well as the Minister for State for Petroleum, Timipre Sylva.