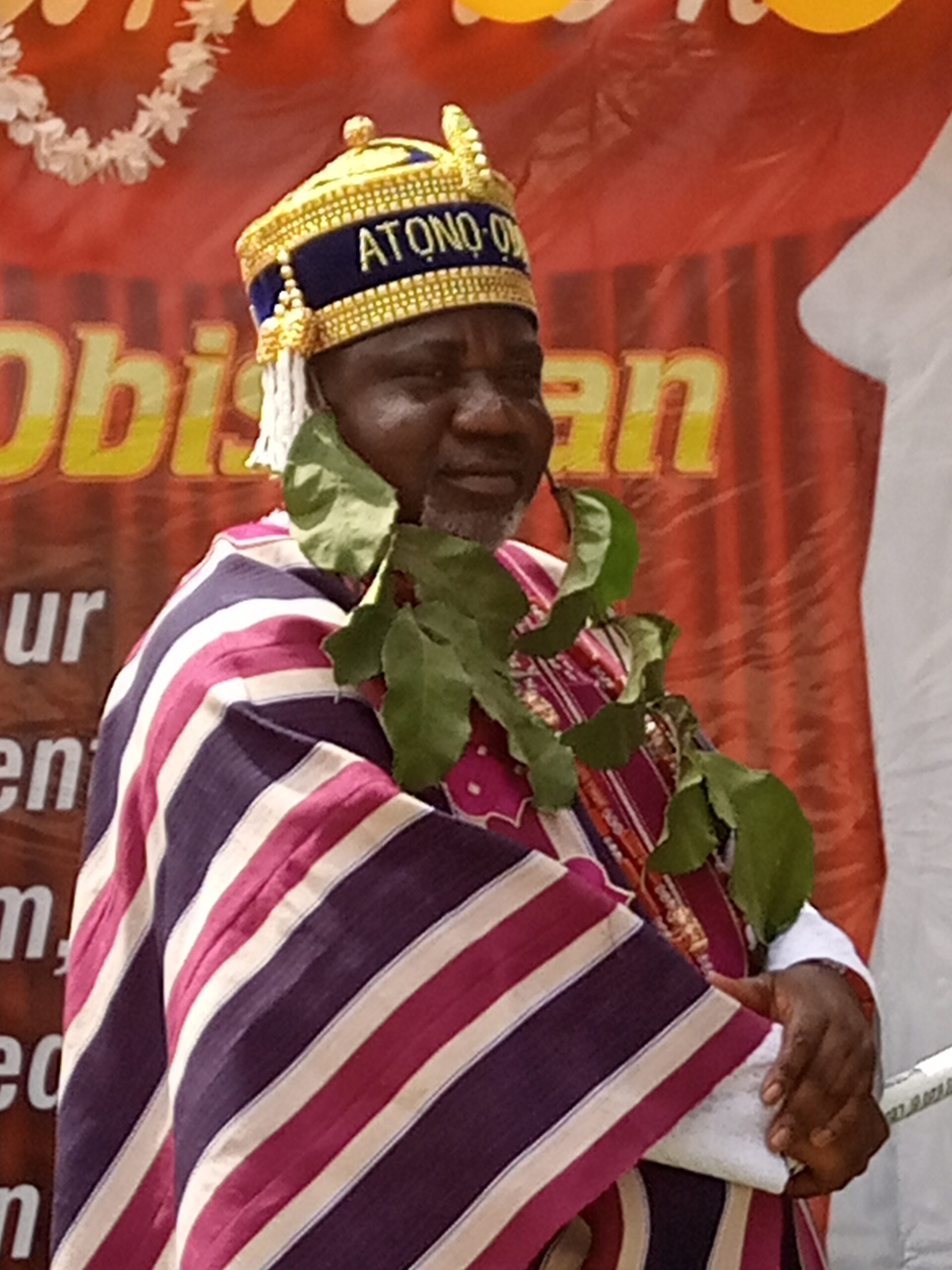 He is now the Pathfinder for the Youth in Egbeda community.

The new Chief is also President of a Lagos Based group, Omo Adugbo Egbeda Association, OAE.

He was crowned by HRM, Oba Abdhammed Omogoriola Aremu Orelope Laka of Egbeda Land before his domain chiefs, visiting chiefs and a handful of well wishers in a colourful ceremony held at the Oba’s Palace in Egbeda Community, Alimosho area of Lagos State.

His installation was pronounced valid after traditional ceremonial rites were conducted on him at the palace of the King of Egbeda before a reception ceremony kick started later.

The elated chief at a reception ceremony held at the Secretariat of Omo Adugbo Egbeda Association has solicited for cooperation by members of the association and the community especially the youth to achieve developmental strides for the youth.

While expressing gratitude to all on the occasion, Chief Obisesan said the chieftaincy title is for all Omo Adugbo Egbeda Association.

“It is for for entire menbers Omo Adugbo Egbeda because our effort, even our members in diaspora, what we will be doing is collective, because no single person can do it alone.

“I want to plead with you that the love, the fire of love that is burning will continue to burn, so as for us to see ourselves as brothers and sisters.

“We thank you you all that are seated here, we thank everyone, let me just chip this in, about Atono Odo, they are not just giving us this Chieftancy title, it is for us to still make more impact, they said Pathfinder of the Youth, it is not only Sunday Obisesan that will do that alone, it is our collective effort of Omo Adugbo Egbeda that will do that together. I know our BOT, the Chairman, members of BOT and every member have been thinking on things that we can do henceforth as regards the youth of Egbeda and God will be with us.

She explained that Obisesan attained the highest titles MJF NLCF within their organisation because he has given to the society a very huge part of his time, his talent and his treasures.

He described him as a fellow passionate about serving the under-privileged.

“He is a man who identifies the needs of people and goes in to make sure that that need is met in the society.

Also felicitating with the celebrant, the incoming LCI 1st Vice President, Femi Famuyide, NLCF said he is very happy seeing that his 2nd Vice President is crowned a chief.

According to him, he introduced him to the Club and added, “I am proud of the way and manner he handles all activities in the club.

He is optimistic that because he is the Leo Advisor of LCI, and as an adviser of the young Lions who is supposed to tutor the young, in the way and manner they need to go as the Atono Odo Egbeda, he will use the same experience.

“Which means that the Coronation he is doing today, he is someone that is to be advising the youth within Egbeda Kingdom, how they should behave and the way forward which is the work that is the same as the club.”

The Secretary of OAE was full of admiration for the title bestowed on his leader.

According to him, the Chief is the first beneficiary of the title in the reign of HRM, Oba Abdhammed Omogoriola Aremu Orelope Laka of Egbeda Land.

He said of the new Atono as “a pathfinder, a philanthropist, peaceful and loving.”