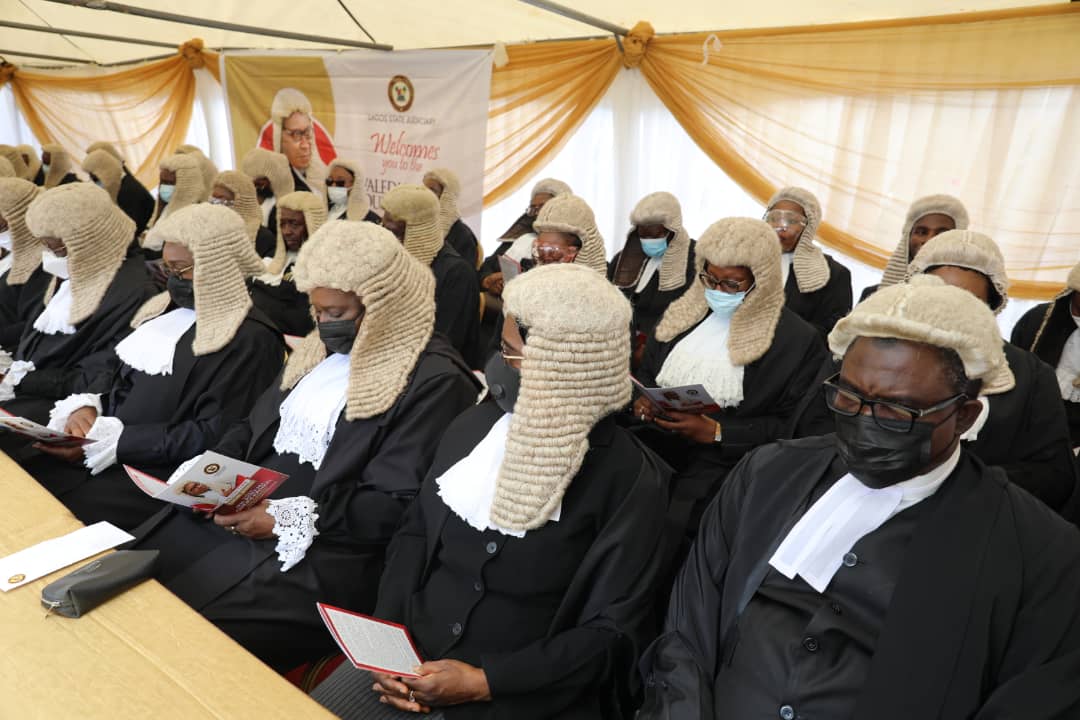 Judges in Lagos State Judiciary will not be going for their full annual long vacation this year but will be allowed to go on four weeks vacation, the Lagos Chief Judge, Justice Kazeem Alogba had said on Friday.

The judge spoke during the valedictory court session held in honour of Justice Babajide Candide-Johnson who retired from the Lagos Bench on June 27, 2021 having attained the mandatory retirement age of 65.

According to the procedural rules of High Court, the long vacation of judges of Lagos Judiciary usually lasts about eight weeks and fixed between July and September each year.

Prior to this pronouncement, a Senior Advocate of Nigeria, SAN, Chief Bolaji Ayorinde had communicated in a letter to the Chief Justice of Nigeria, CJN, Ibrahim Tanko Mohammad and the National Judicial Council, NJC, that long vacation for judges nationwide should be cancelled to enable courts clear the backlog of cases in their dockets which have piled up over time.

He opined that the suspension is necessary in the interest of those who are languishing in detention and awaiting trial.

The senior lawyer reasoned that many cases have suffered inordinate delay due to EndSARS protests, COVID-19 pandemic and the recently suspended strike embarked upon by the Judiciary Staff Union of Nigeria, JUSUN.

But the Chief Judge informed otherwise, as he stated that even during the pandemic most magistrates courts in the state were sitting while judges were delivering judgements virtually.

Justice Alogba noted that during the #EndSARS protest quite a number of the judges watch their properties being burnt by protesters at Lagos High Court,  Igbosere.

“The trauma is still there with us. You can’t imagine how it would affect the psyche. Our Judges were under a lot of trauma.

“We would not take full vacation. But we would go for four weeks. The reason for going on vacation is not from arrogant position but from informed position.

“We would go on a brief vacation and come back refreshed to take on the task ahead”, he expressed, noting that it was only on Thursday that Lagos state government handed over the new Osbourne Road, Ikoyi Court House to the state judiciary.

The retiree, Justice Candide-Johnson, in his appreciation said he was satisfied and fulfilled as he goes into retirement.

Candide-Johnson said: “For some, the fear of NJC was the beginning of wisdom. For me,  it is not once you have served faithfully and dispensed justice without fear or favour.”

He did not only thanked the judiciary for the opportunity to serve on the bench but also expressed gratitude to his colleagues for their support.