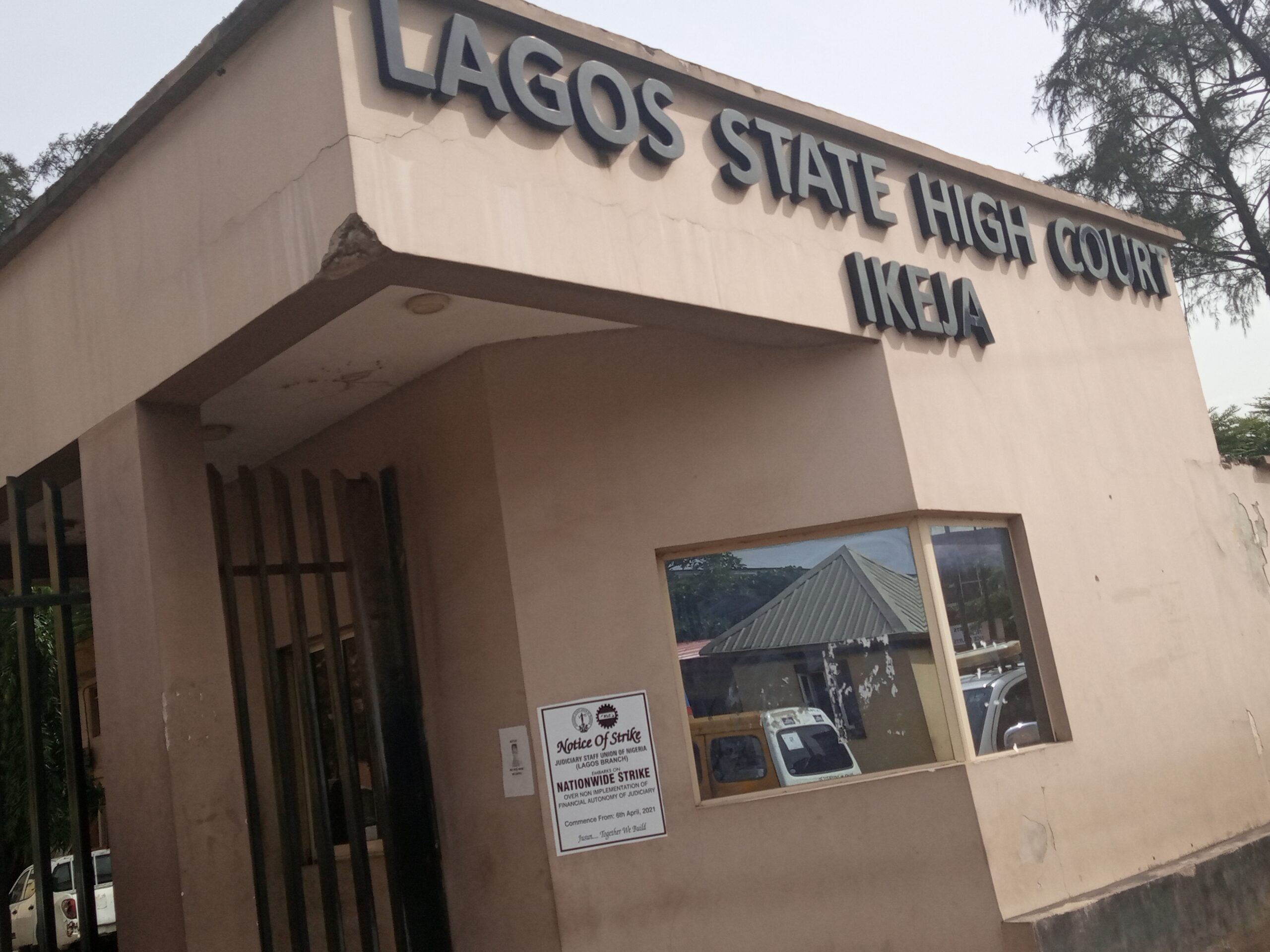 Five months after he was arrested by the Nigeria Police on allegation of robbery in Lagos, 19 years old Gbolahan Oladimeji has been arraigned before Justice Oyindamola Ogala of the Lagos State High court in Suit Number ID/14535C/21.

He has however been returned to prison custody as his trial is to begin October 11, 2021 following denial of stealing an iPhone XS Max phone valued at N100,000 from one Kayode Samson on the 4th day of February, 2021 in Ikorodu Garage of the Ikeja Judicial Division of Lagos State.

The suspect also denied robbing one Baloye Oluwapelumi of his iPhone 7 Plus phone valued at N50,000.

At his arraignment on Monday, the suspect told the judge that he is an Arabic student and could not speak fluent English.

Recall that security operatives said on February 5th, 2021 that it had arrested five suspects on the previous day during a sting operation led by the Commissioner’s of Police special squad to remove shanties, blockages and open markets on the roads in Ikorodu Division, particularly at Agric Area and some other parts of the town that had been an eyesore and criminal hideout, with a view to making the town free of gridlock and crimes because the Police boss, CP Hakeem Odumosu met with stakeholders at a Town Hall Meeting on Wednesday 27th January, 2021, for the purpose of ridding Ikorodu of illegal and criminal acts.

The statement E-signed on 5th February, 2021 further stated that the squad on that operation “succeeded in clearing the blockages on the roads, illegal parks and shops, where it arrested five (5) suspected traffic robbers and cultists.”