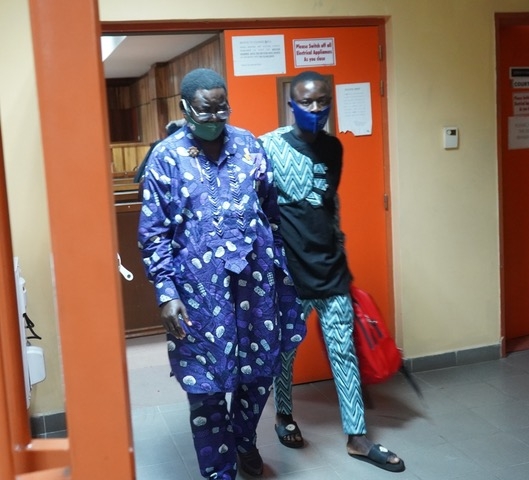 Former Surveyor-General of the Federation, Ebisintei Awudu has been dragged before a High Court sitting in Abuja for alleged fraud estimated at over N9 billion Naira.

The case against Awudu is filed by Federal Government of Nigeria through the Independent Corrupt Practice Commission, ICPC and is being prosecuted by Mr. Wahab Shittu.

The 22-count charges accused him of using his position to award contracts to the company he has interest.

According to the charge, the accused in the month of October 2014 or thereabout at Abuja while being a Public Officer to wit a Director in the Office of Surveyor General of the Federation have a private interest in the contract of the Maintenance of Data Centre awarded by the office of the Surveyor General.

He was also accused of giving unfair and undue advantages to some company to get the contract.

According to the charge Surveyor Awudu also obtained the sum of $656,000 from the Managing Director of M. Yahaya Associate a contractor and thereby committed an offence.

The defendant was also accused of obtaining 35 per cent of the total value of  a contract award to F.A Kassim Survey Associate thereby committing an offence.

When the matter came up for hearing on July 12, 2021 before Justice Adeniyi for the 22-count charge the defendant pleaded not guilty to the charge and was admitted to bail in the sum of N100 million with a surety in likes sum.

He is also to deposit his international  travel documents with the court.

The surety must be equivalent to a Permanent Secretary in the Civil Service of the state or federation.

The Prosecutor led by Mr. Shittu made case for accelerated hearing.