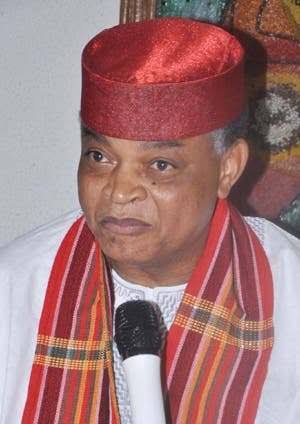 Encomiums have continue to pour in for the late Chairman of Transworld Security Systems Chief, Dr. Ona Ekhomu.

Dr. Ekhomu died after a brief illness, but words trailing his demise are newsworthy.

He described him as a great loss because of his intellectual capacity, who had passion for total annihilation of violent crimes as it affects the country.

He expressed that the First Chartered Security Professional in West Africa was always churning out implementable suggestions that were ignored.

“We had attended several security fora where he was at his best proffering solutions to security issues.”

In the same vein, former Assistant Inspector General of Police, AIG, Ahmed Illyasu who was in charge of Zone 2 Police Command minced no words recalling his feat, “Chief Dr Ona Ekhomu is an iconic security strategist of modern times. Always striving in preferring solutions, ways and answers to emerging and new patterns of crime and criminality especially, insurgency, banditry, kidnappings, sabotage in the arena of low intensity warfare.

He added that the late Ekhomu was a professional whose mind is always tinkering on new ways and improving synergy and collaboration through Community policing/technically driven strategies in fighting the menace of all kinds of crime.

The Chief Security Officer,Badinson Security Services, Mr. Matthew Ibadin, described him as a visionary to be reckoned with and the impact of his death will be strongly be  felt by many.

“He was my teacher, he delivered a lecture organised by PCRC Victoria Island on Practical Implementation of Community Policing.

“He was one who had the interest of the community at heart and always at the fore to fight again any form of crime.

“Chief Ona was an icon in the security industry. He encouraged me to register my Security Company because he was enthusiastic about progress and development of those around him.

“He was a friend, a brother and a mentor in the security industry. But as Rabindranath once said, death is not extinguishing the light. It is putting out the lamp because the dawn has come”.

“His song may have ended, but his melody still lives on within us.”

Gloria Egbuji, the Executive Director, Crime Victims Foundation, CRIVIFON said the security world has lost a guru and he will be sorely missed.

She described Dr. Ekhomu as one with a friendly nature and ever there to share ideas.

“Dr Ekhomu spoke to me last about his book project I sought advise from him on security related matters many times  he was my guest speaker when Crime Victims Foundation launched the Human Rights Desk at Lagos Police Command, a thorough bred professional in his field friendly in nature ever there to share ideas. He made great impact in private security one of the pioneers.”

“We join the entire private security community to mourn the passing of a rare gem, an icon and an expert who changed the narrative in Nigeria’s private security space, Chief Dr. Ona Ekhomu.