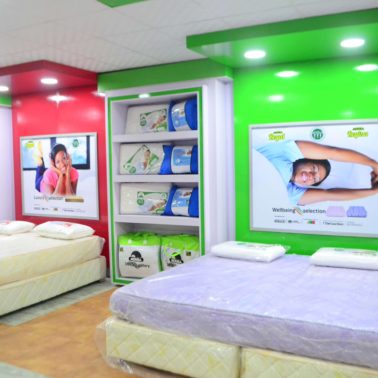 Management of a foam manufacturing company, Mouka Limited at the weekend explained the cause of civil unrest in its Lagos office last week.

Ifeoma Okoruen, Head, Human Resources in a statement made available to CASEFILE however denied complicity by managers in the arrest of any of its staff nor the violent few.

Despite the company’s ordeal in the hands of alledged protesters, the personnel manager noted that few persons disgruntled by its business decision were arrested by the police when their protests degenerated to harassment and attack on its staff who refused to join their protests for unjust personal demands by a few staff.

Below is the statement on the development

VIOLENT ATTACK AND DISRUPTION OF ACTIVITIES AT MOUKA: OUR POSITION

Our attention has been drawn to some distorted and deliberately fabricated stories posted on a few social media platforms by persons claiming to be staff of Mouka Limited and some recruited paid adverse content traders, deliberately to blackmail, intimidate and embarrass Mouka in order to justify their illegal disruption of work and molestation of law abiding and peaceful staff of the company.

To put the record straight, Mouka Limited has a robust staff welfare with a proud tradition of providing welfare benefits that go above and beyond the expected duty of care to the Mouka staff and their families. The Company is committed to investing in people to ensure capacity building and readiness for future career growth. As a good Corporate Citizen, Mouka has also significantly contributed to the local communities in which it operates.

As part of Mouka’s continuous improvement plans, the Company recently undertook a restructuring program which engaged almost 10% of the Mouka People across all employee grades and in all locations nationwide. The major objectives of this exercise were to strengthen operations and to provide career development opportunities for key deserving employees. However, as it is the case with every progressive development in corporate organizations, a few will resent the change.

Unfortunately, the resentment of the current few agitators does not align with the majority.

The event of Thursday, August 12, 2021, whereby a few staff who were agitating unjustly for some personal demands, staged a protest which initially started as peaceful but later degenerated into harassment and attack of other staffers who had refused to be recruited into this anti-operation activity. Even then, the company being a law-abiding corporate organization, maintains unprovoked stance even while the troublemakers continue throwing of stones and objects at distributors, visitors and other staffers of the company. Unfortunately, the following day, the agitating few had recruited some non-staff hoodlums to join the agitation and they became violent. When the law enforcement agents who had all along been there to maintain peace and order could no longer bear the escalating attack on persons and an attempt to attack them, they called for reinforcement and effected the arrest of the few troublemakers. The Company is disappointed that the actions of a few led to some unsavory scenes in the roadways outside of the premises and in the immediate community. The Company used all resources available to avoid this matter escalating into a civil disturbance requiring intervention, to no avail.

We want to state categorically, that Mouka management did not order for the arrest of any staff nor the violent few. However, despite the fact that the arrests have not been ordered by the management of our company, efforts are being made to resolve the issue provided the violent attack and the infringement of other workers’ rights ceases. Our hope is that reason and good conscience will prevail in the circumstance as our company continues to remain focused on investing in the careers and livelihoods of our loyal, committed, and dedicated employees.