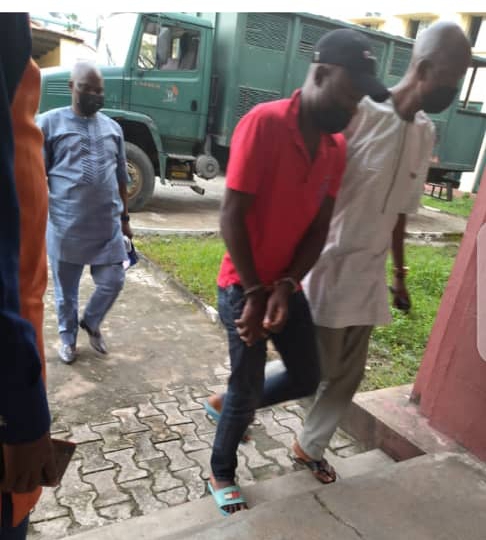 Chief Magistrate, Adeola Adedayo sitting in Yaba Magistrate Court, ordered that the suspected killer cop be remanded for 30 days pending when the Lagos State Ministry of Justice through the Directorate of Public Prosecution, DPP, would give its advice on the case.

The advice is expected to determine whether the case would be transferred to the  Lagos State High Court saddled to hear charges relating to capital offences within the state or not.

Counsel Doyin Shobiye represented the defendant at the hearing. While Israel Mbaebie, lawyer to the Ojuade Family was in court to monitor the proceedings.

However, the counsel to the victim’s family, Mbaebie, urged the court to direct the Nigerian Police to change its statement from stray-bullet to reflect how the 18-year-old was killed.

In his words, “the bullet that killed Monsurat Ojuade was not a stray bullet but a case of premeditated murder on the part of the killer police on that fateful day.”

He expressed displeasure at the failure of the police to make public its orderly room trial and the late notice the family received on the arraignment of the suspect before the court.

This is to inform the general public that Sgt Samuel Philipps who was tried for the shooting incident of 11th September, 2021 that led to the death of Monsurat Ojuade has been dismissed from the Nigeria Police Force. He was dismissed after conclusion of his orderly room trial. The suspect will be charged to court today for murder.

Recall that the Lagos State Commissioner of Police, Hakeem Odumosu, had promised that the matter would be properly investigated and that justice would be served. This action is, therefore, done in fulfillment of that promise.

The Commissioner of Police further sympathises with the bereaved family, and reiterates his earlier promise that justice would be done in this case.
SIGNED:
CSP ADEKUNLE AJISEBUTU (ANIPR), POLICE PUBLIC RELATIONS OFFICER, LAGOS STATE COMMAND