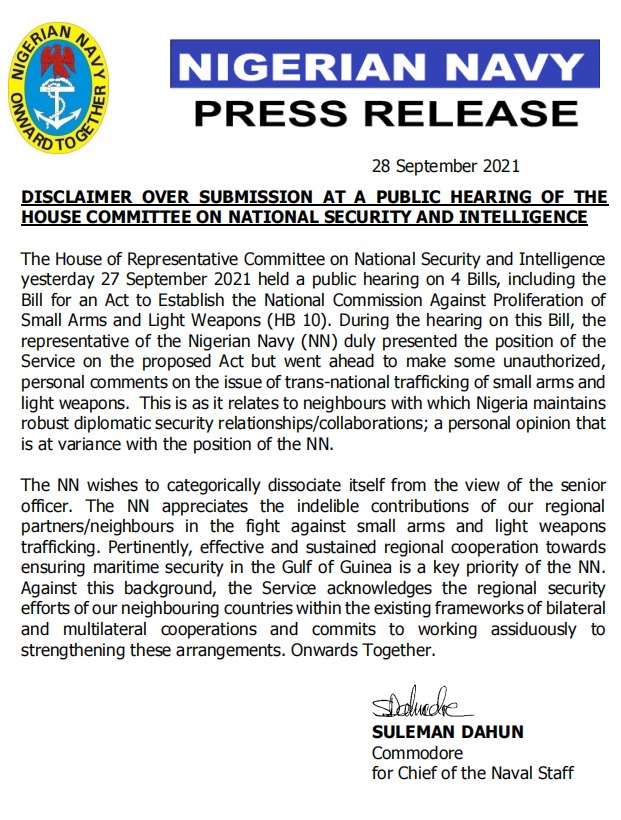 The Nigerian Navy has dissociated itself from what it described as personal views of the service representative at the House of Representatives public hearing on National Security and Intelligence held in Abuja on Tuesday.

Commodore Jamila Malafa, who represented the Navy at the public hearing had accused Chadian soldiers of selling arms for as low as 20 dollars, thereby endangering Nigeria’s Security.

A statement by the Spokesperson of the Nigerian Navy, Commodore Suleman Dahun on Monday stated that the Naval representative presented the position of the service on the proposed Act, but went beyond it to make personal comments on the issue of trans-national trafficking of small arms, and light weapons.

The statement added that, while the Nigerian Navy appreciate the contribution of its regional partners in the fight against small arms and light weapons trafficking, effective and sustained regional cooperation towards ensuring maritime security in the Gulf of Guinea is a key priority of the Nigerian Navy.