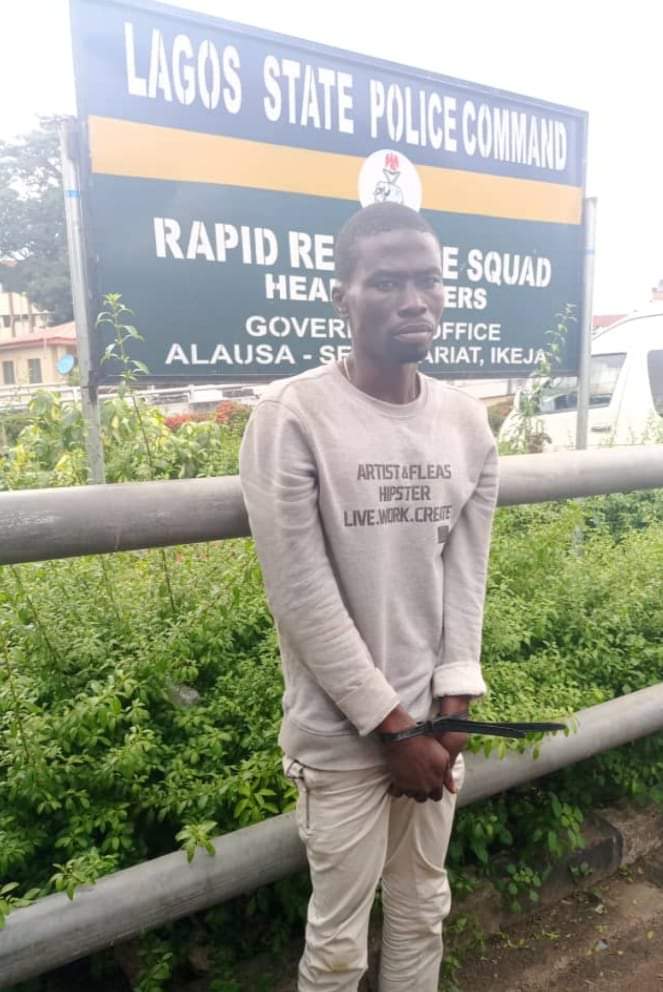 A self-confeased phone thief Nnanna Kalu, 30 years old has been sentenced to 15-month imprisonment by the Lagos State Mobile Court

His journey to prison began when he was captured in a CCTV camera stealing laptop belonging to a medical worker at the Gbagada General Hospital few weeks ago, only to return to the hospital to steal again but he was spotted and arrested.

He was arrested and handed over to Rapid Response Squad, RRS, patrol team.

According to RRS unit of the Lagos State Police Command, the culprit was arrested putting on same T-shirt and trouser he wore when he was spotted on CCTV footage stealing a laptop.

Kalu in his statement said that he roved hospitals in Lagos under the guise of seeking treatment to steal laptops and other valuables of medical workers and patients.

He added that he has stolen at J.K. Randle General Hospital in Surulere and BRT terminals in Yaba and Ikeja.