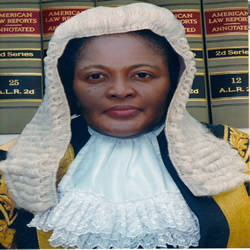 The Police say 14 suspects have been arrested in connection with the raid on Supreme Court judge, Justice Mary Odili’s apartment in Abuja.

The Force Public Relations Officer, Frank Mba during the parade of the suspects in Abuja on Thursday disclosed that some of the suspects include a fake Chief Superintendent of Police, Lawrence Ajodo; a journalist with one of the national dailies, and an Islamic scholar.

Mba explained that their arrest followed a swift investigation by the police, adding that at least 10 more persons linked with the incident including two military personnel are at large.