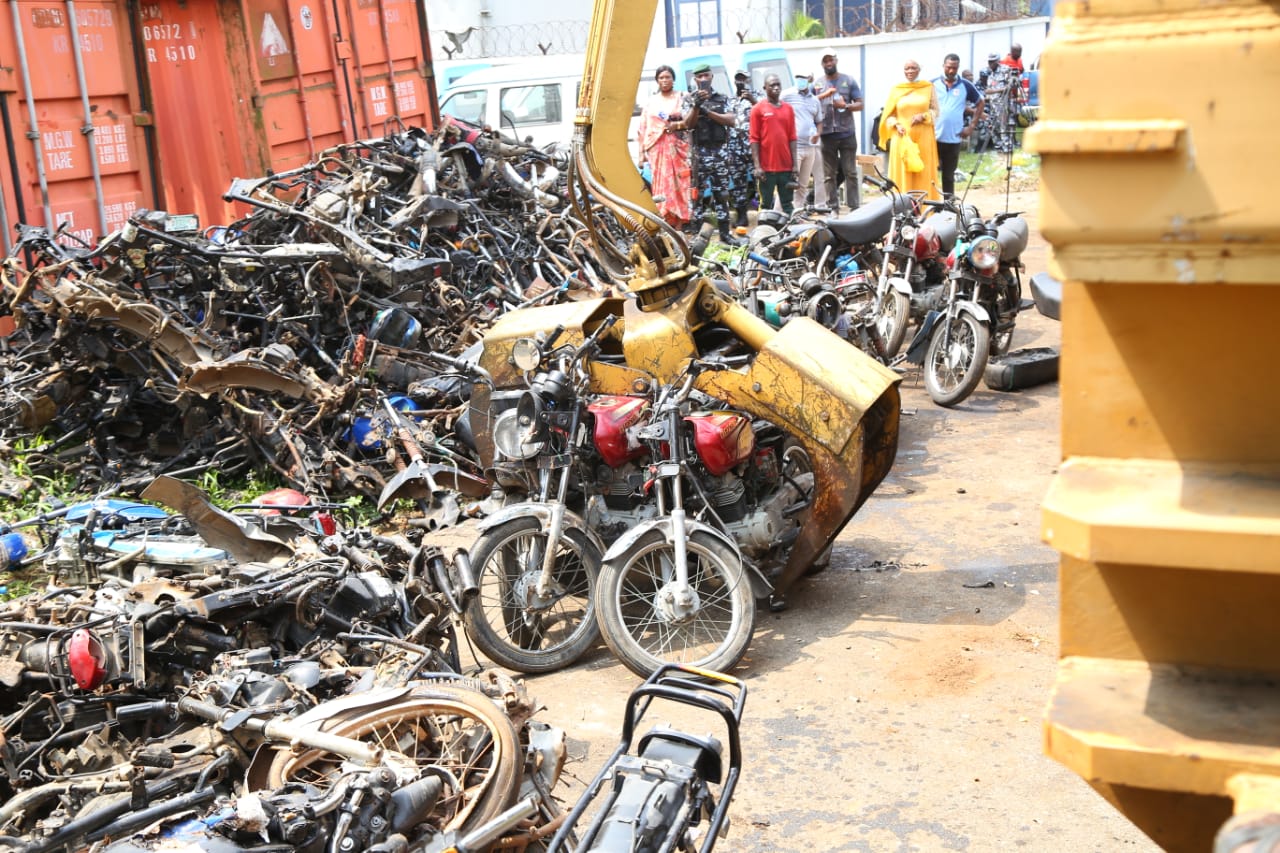 The Commissioner of Police in Lagos, Hakeem Odumosu personally supervised the crushing of motorbikes, popularly known as Okada for violating the State traffic laws.

According to the Police boss, the crushing exercise has been on since the enforcement started but the exercise carried out publicly today was to convince members of the public especially the doubting Thomas that the impounded motorcycles are actually being crushed contrary to insinuations by mischief makers that the motorbikes are being sold and recycled.

Odumosu who led the crushing exercise warns erring motorcycle operators plying restricted areas and those violating other traffic laws or using motorcycles for criminal activities in the state to have a change of mind or face the legal consequences.

Odumosu assures that the crushing exercise will be a continuous one to discourage people from trampling upon the law, and reiterate determination of the Police Command to enforce the law.