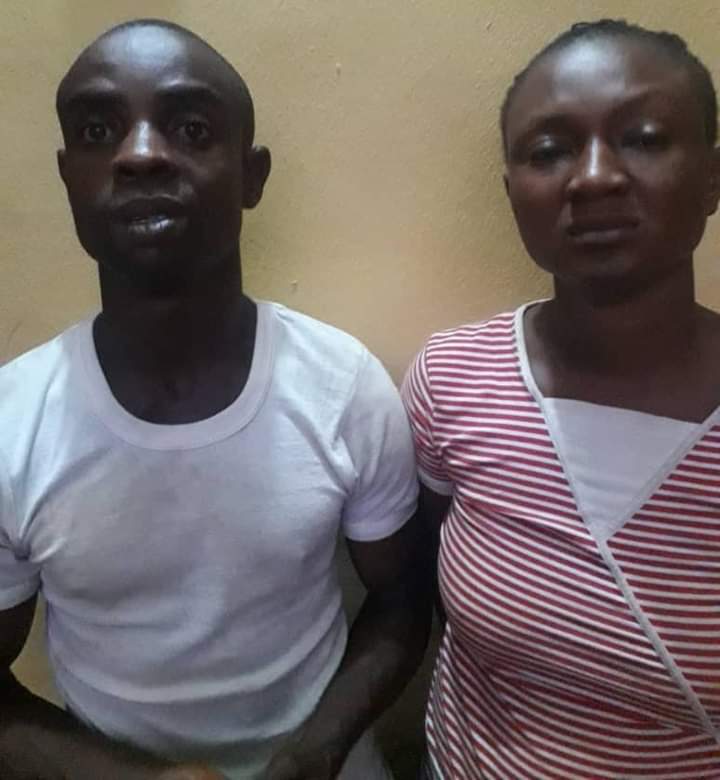 Men and officers attached to the Ogun State Police Command surely have a greater task on how to unravel why a woman connived with her pastor husband to rape a 16-year-old girl.

The lady (name witheld) summoned the courage against all the threat and reported the matter for investigation and prosecution.

Report says that the victim had gone to Christ Apostolic Bible Church, Alaja Oke, Saje in Abeokuta, Ogun State, on Friday, December 10, 2021, where she was a choir member.

But contrary to her plan to join other choir member for the program, Pastor Peter Taiwo and his wife, Elizabeth had other plan for her.

The Ogun State Police Command Public Relations Officer, DSP Abimbola Oyeyemi said on arriving the church premises, the pastor’s wife told the victim to check on the pastor in their room for an important message.

But immediately she entered the room, the pastor’s wife locked the door against her, leaving her alone with the husband who incidentally forced himself on her with a threat.

Having achieved their aim, the pastor’s wife assured her that she is now a full fledged woman and persuaded her to put the issue behind her or else’s she will die if she inform anyone about what happened.

But the victim reported the matter at  Adatan Police Station.

The Adatan Police Divisional Officer, SP Salaudeen Abiodun, quickly detailed his detectives to the scene, where the randy pastor and his wife were promptly apprehended.

“On interrogation, the couple confessed to the crime, but blamed the devil for it. They also pleaded for forgiveness from the victim.”

The state Commissioner of Police, Lanre Bankole, has ordered the transfer of the suspects to the Anti-Human Trafficking and Child Labour Unit of the State Criminal Investigation and Intelligence Department, SCIID, for further investigation.