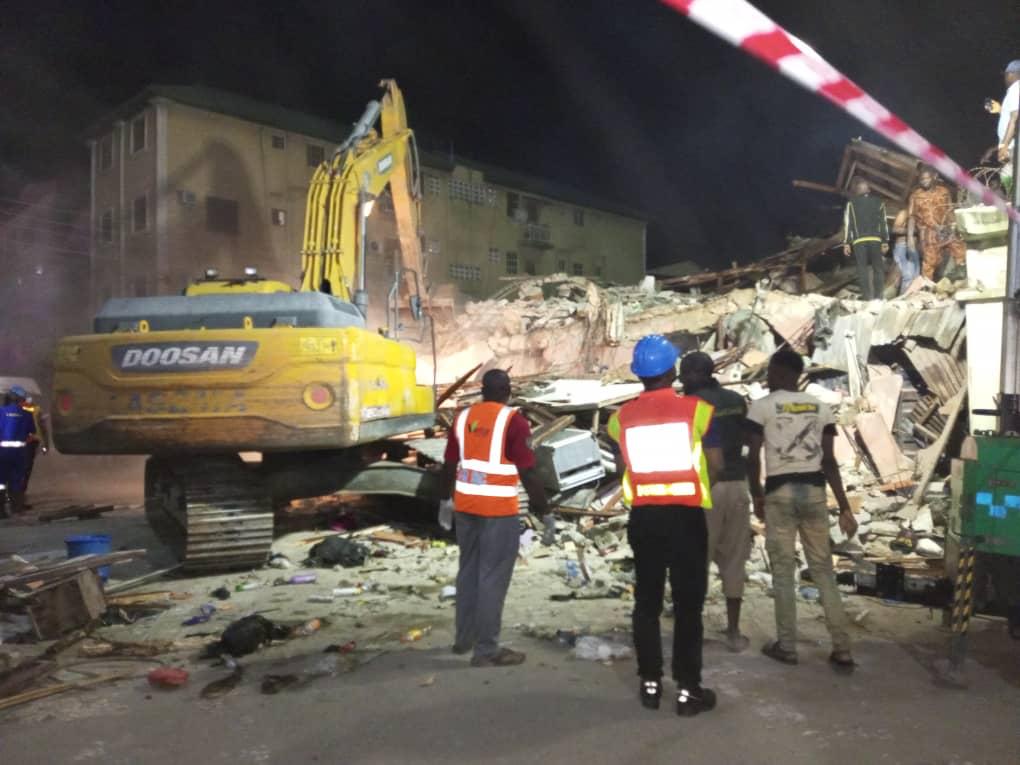 A mother and her child have been confirmed dead in a building collapse at 32 Ibadan Street, Ebute-Meta area of Lagos.

The 3-storey building collapsed around 9.30p.m on Sunday.

CASEFILE gathered that as at now, about 23 people have been rescued, those are about seven children and 16 adults.

Nine of those rescued have been treated and discharged.

They returned to the scene but they were sent away for proper custody while psycho-social and trauma counselling are being arranged for them.