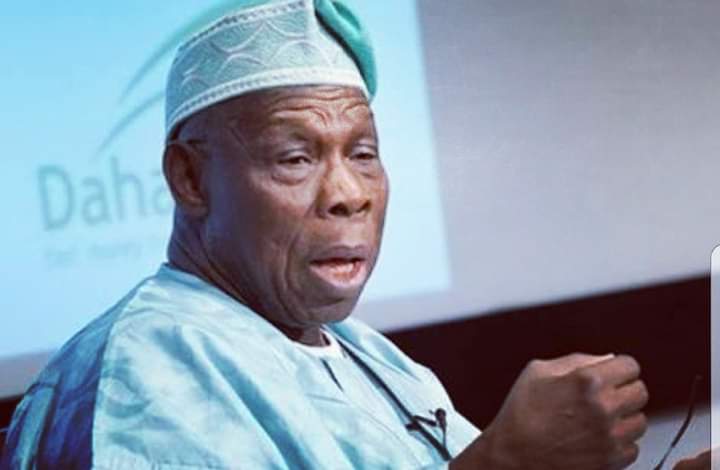 Following series of reactions against the endorsement of His Excellency, Mr. Peter Obi by the most refered former President Chief Olusegun Obasanjo, Labour Party, LP, has again reiterated the roles played by the former President in ensuring the corporate existence of Nigeria.

LP in a statement signed by the National Publicity Secretary, Dr. Abayomi Arabambi, on behalf of the Party lambasted the presidency for its virtuperations and short memory on the avalanche of success story recorded by the Olusegun Obasanjo administration which the All Progressives Congress, APC, administration find it difficult to match in their almost eight (8) years of gross incompetence.

The Party said while Chief Obasanjo is not seeking for any office, neither is he in contention with any individual, his achievement as a military head of State and a civilian president marks him out as the first and best President ever produced in Nigeria that was able to set Nigeria and Nigerians free from the slavery of the then accumulated foreign debts by negotiating Nigeria’s debts with the Paris Club even to the surprise of the so-called ‘self acclaimed achievers’.

We wish to remind the Buhari APC administration that it was Chief Obasanjo administration that negotiated and secured a final agreement for debt relief worth $18 billion and an overall reduction of Nigeria’s debt stock by $30 billion, which was completed on April 21, 2006, when Nigeria made its final payment and its books were cleared of all Paris Club debt.

The Obasanjo administration landmark achievement as a government also brought about an improved economy and shot up Nigeria as the biggest economy in Nigeria which President Muhammadu Buhari-led APC government had turn upsidedown by bringing more hardship on Nigeria and Nigerians with unprecedented debts, thus LP appealed to Nigerians to give Peter Obi and Datti-Ahmed the chance to restructure the battered economy, insecurity and large scale corruption ongoing in the APC-led government in the country.

Former President Obasanjo administration in terms of workers welfare, is unbeatable, his infrastuructural turn around of Nigeria is unparalleled, while his economic policy is unrivaled till today.

We need not remind Garba Shehu that all the debts that his master is busy acquiring today while during the administration of Chief Obasanjo were completely written off, his administration pursue clean and clear economic policy that is today helping Nigeria to have a lifeline.

The anti-corruption agencies he put in place were at their best during his administration, all Nigerians have sense of belonging as he identified best hands, engaged them and all Nigerians including international community knew that truly Nigeria has overcome years of military despondency.

LP sympathisers with Garba Shehu and his master as the Buhari administration remains the most unfocused and crisis-ridden administration with nepotism, and other vices at its highest.

The poverty level under the so-called self achievers is at his alarming rate today, yes, some people without shame will continue to cast aspersion on those that brought Nigeria out of the woods.

LP appreciates Chief Edwin Clark, other leaders of thought, elders, opinion leaders and Governor Samuel Ortom who have spoken out to endorse our candidate, we called on all youths of voting age and adults to come out and shame those who thought Nigeria presidency is their birth right. LP knows that you can and we can also.