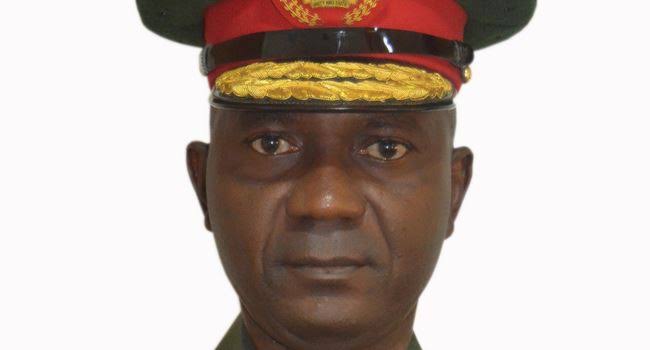 The attack occurred while the troops of Combat Team 1, Operation KANTANA JIMLAN were on a long range admin patrol along Buni Yadi-Buni Gari axis eight kilometers ahead of Buni-Gari in Gujba Local Government Area of Yobe State on Monday.

A statement by Major General John Enenche, Coordinator Defence Media Operations at the Defence Headquarters explained that a recovery truck, one troops carrying vehicle and a water tanker ran into the IED got destroyed by fire.

Adding that three terrorists were neutralized while uncomfirmed number escaped with various degrees of injury.

Addressing how two escapee soldiers recorded the incident with uncomplimentary remarks about the Nigerian Army and her leadership and posted it on the social media, Major General Enenche expressed that such kind of outburst is expected in war due to mental snap/distress occasioned by fog of war.

He however noted that the two soldiers involved have been identified and would undergo observation and counselling.

He expressed the unwavering commitment of the Armed Forces of Nigeria in its quest to end terrorism and will do everything possible to ensure there is no repeat of the kind of traumatic incident/outburst.